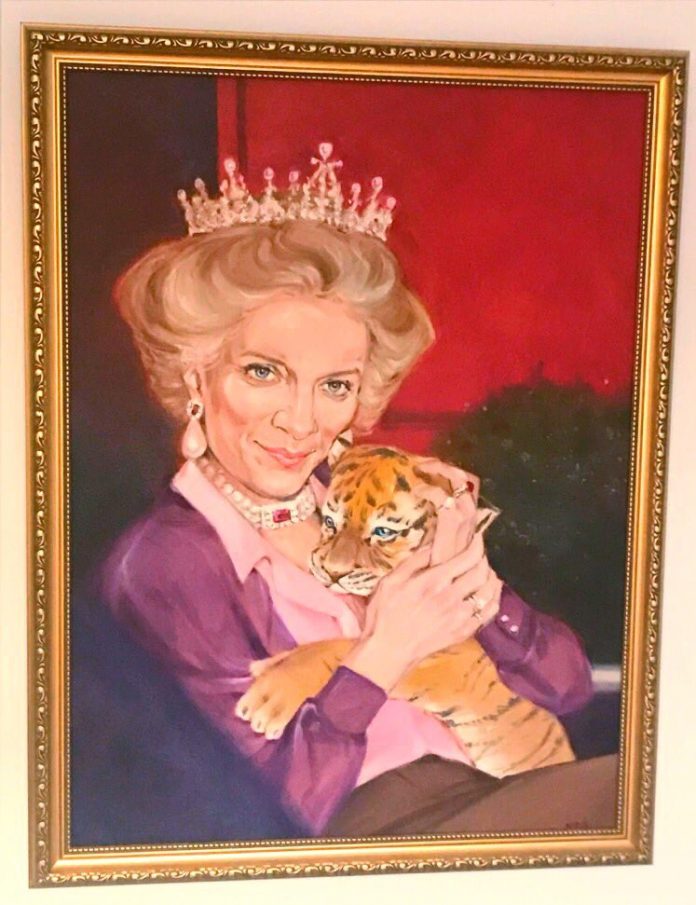 The HRH Princess Michael of Kent has her 75th birthday today. She was born on 15th January 1945 in Karlsbad, a town in then German-held Sudentenland which is now part of the Czech Republic. Her real name is Baroness Marie Christine Anna Hedwig Ida von Reibnitz – a real traditional English name.

She became a member of the Royal family when she married married Prince Michael of Kent in 1978, the son of Prince George, Duke of Kent (1902–1942) and Princess Marina of Greece and Denmark (1906–1968). Prince Michael is a first cousin of Queen Elizabeth II.

Prince Michael is the third child of Prince George, Duke of Kent, who was a son of King George V and Queen Mary and a younger brother of King George VI. At the time of his birth Michael was seventh in the line of Succession to the British throne. His mother was Princess Marina, a daughter of Prince Nicholas of Greece and Denmark and Grand Duchess Elena Vladimirovna of Russia, so he has real English blood in his veins.

happy birthday to a british icon

He inherited the ‘Kent’ title from his father. Their love of the county of Kent means that the couple currently reside in an apartment in Kensington Palace in London. The Queen had paid the rent for the apartment at a market rate of £120,000 annually from her own private funds with the couple paying the nominal amount of £70 per week.

In 2008, it was announced Prince and Princess Michael would be required to begin paying rent of £120,000 a year. Members of Parliament on the palace’s committee had demanded the change after the Kents’ rent had come to light. The Kents have lived in the apartment since 1979, paying only their utility bills prior to 2002.

She is probably most famous for stating in September 2015, that animals do not have rights because they do not pay taxes, have bank accounts or vote. A queue of black horses were soon seen outside Lloyds Bank wanting to open a savings account, but they were not allowed in.

The Princess is also known as an author of three non-fiction books, Crowned in a Far Country: Eight Royal Brides, and Cupid and the King – Five Royal Paramours and in 2004 released The Serpent and The Moon, a true story of love and betrayal in a royal family, and three novels, The Queen Of Four Kingdoms, Agnès Sorel: Mistress of Beauty and Quicksilver. She has also penned a number of articles for the Orient Express magazine, which will not be viewed by most members of the Kent, who must use Network South East train services instead.

Princess Michael of Kent has also been seen representing Kent at Wimbledon tennis Championships, handing out trophies. From the people of Kent that she loves, we wish her a very Happy Birthday.