Medway Bid For City Of Culture 2025 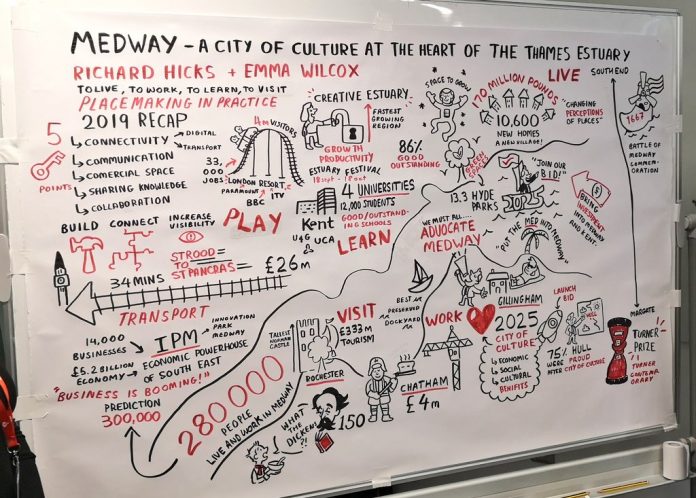 Medway Council have annouced that they have applied to be one of the UK cities considered for the City of Culture 2025.

The City of Culture award lasts for one year and is awarded every four years. Derry-Londonderry was the first winner in 2013, followed by Hull in 2017. Coventry will be the host in 2021 and cities are now applying to be considered, with the winner annouced at the end of 2021.

So far, there are a number of other cities who have included an interest, which are Chelmsford, Luton, Medway, Northampton, Southampton and Tees Valley.

The choice of Medway is an unusual one given some of the struggles the area faces. Medway includes some poor and underfunded areas including Gillingham, Chatham, Cliffe, Sheernes and St Mary Hoo. Medway is ranked in the 28% most deprived Local Authorities in England for Child Poverty.

The response to the application has been met with mixed results. Some people think it would help the area and the additional funding and support would be welcome. Others have taken to social media to highlight some of the current problems in the area, including issues with rubbish on the streets.

There will need to be a huge effort for Medway to become a front runner. Whilst there are some good and bad areas, the council need to work in the areas of deprivation for them to be serious contenders.

It could be argued than other, more affluent places in Kent, may be more suited to be called a City of Culture than Medway. But should this prize be awarded to places that are more in need and will reap greater rewards from the benefits that come with it?