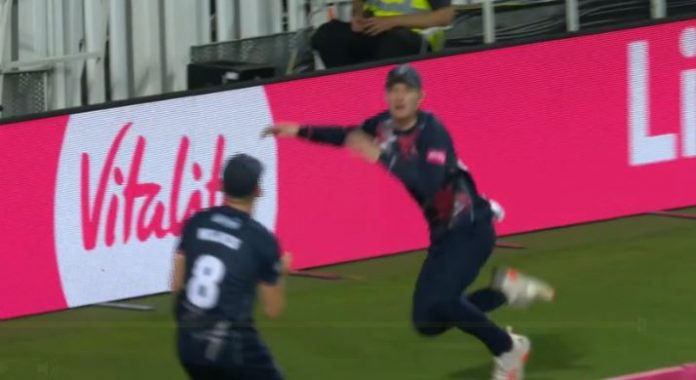 Kent Spitfires Cricket team have added a trophy to the cabinet after wining the T20 Blast Final against Somerset at Edgbaston.

The Kent team were not the favourites to win the cup coming into Finals Day, but they put in a magnificent fielding display during their semi-final against Sussex to win by 21 runs.

Going into the Final, Kent batted first and scored 167-7 with Cox the highest scorer on 58. Somerset took up the chase but could only reach 142 runs, leaving Kent the winners by 25 runs.

It is 14 years since Kent won their only previous T20 title, beating Gloucestershire, also at Edgbaston.

Kent Captain Sam Billings said “Experience on big occasions like this is priceless. Darren’s been at the end of victory here before. But on the flip side of that, we have the exuberance of youth and Jordan Cox encapsulated that better than anyone. He’s been our best player this year in the Blast. It’s a perfect blend and it was a complete team effort. We had a whole squad wiped out for a couple of games and for guys to come in, and the work behind the scenes from all the coaches and Paul Downton, has been phenomenal”.