HomeTravelMigrants 'Will Kill Themselves' Before They Are Sent To Rwanda
Travel 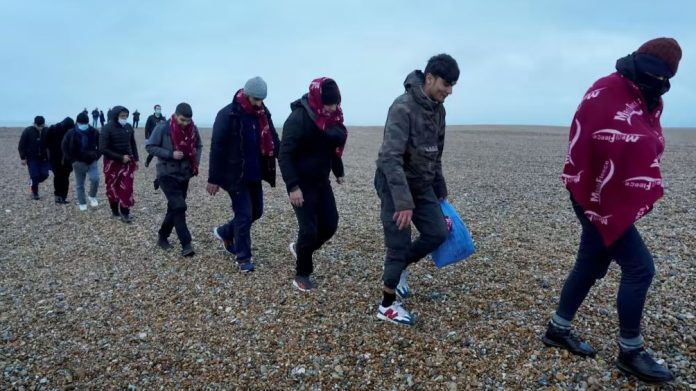 A number of migrants arriving across the Channel have said they would rather ‘kill themselves’ before they are sent to Rwanda.

Those in favour of the Rwanda plan say the seat on the plane will 5’just be given to someone else!’

Many have arrived in the UK not knowing about the new Rwanda plan that the UK Home Secretary has put in place. So they can afford to pay people smugglers thousands of pounds to cross the Channel, but cannot do some simple research on where they are trying to get to!

Home Secretary Priti Patel said on Wednesday she was “pushing ahead” with the “world-leading plan”, despite a legal challenge from a charity!

Clare Moseley, founder of meddling refugee charity Care4Calais, said she was ‘relieved’ at the decision on the flights being delayed until at least June. She said ‘This was a direct response to our second letter sent on Tuesday as part of our legal action against the Rwanda plan. Yet now they are facing a terrifying ordeal of further deportation across the globe to a country where they will never feel safe.’

We thought they were fleeing war zones and endure an ‘awful’ journey to get to the UK, so surely anyplace is better than that?

A trainee engineer from Sudan, who is among the Channel migrants bound for Rwanda if and when flights commence, is reported to have said he would rather kill himself in detention than be sent away.

He said: ‘I will kill myself before I get deported, if the UK as a government and a country cannot uphold human rights, who will? ‘

He added ‘I am speechless, I can’t think how I feel. For which crime am I being sent to Rwanda?’ Perhaps you should have sought asylum in the first safe country you got to, instead of trying to enter the UK illegally, buddy!

What is more frustrating about our trainee engineer from Sudan is that he made his way through continental Europe to Calais, before waiting there for seven months before crossing the Channel in a boat. Why did he not apply for asylum in the first safe country he got to in Europe?

The UK is pushing ahead” with the “world-leading plan”

It is about time that migrants stopped this long journey to the UK and followed international laws of asylum. Whilst his and many other personal stories are tragic, the UK is a small island and cannot cope with so many migrants.

A threat of a migrant going to ‘kill themselves’ is not going to stop the Rwanda plan. if anything, it is going to make the case for Rwanda even stronger – it seems it is a good deterrent.

Questions were also raised about the huge cost of flying people to the country with one Tory MP saying it would be cheaper to put people up in the Ritz. Has the Tory MP come up with any better ideas? How much does the MP think it is costing to provide rooms for the current number of migrants and give them money for essentials?

A Home Office spokesman said ‘Our new, world-leading migration partnership with Rwanda will see those who make dangerous, illegal or unnecessary journeys to the UK relocated to Rwanda and, if recognised as refugees, they will be supported to build a new life there. We are putting this plan into action and have started to notify those who are in scope to be relocated, with the first flights expected to take place in the coming months.’