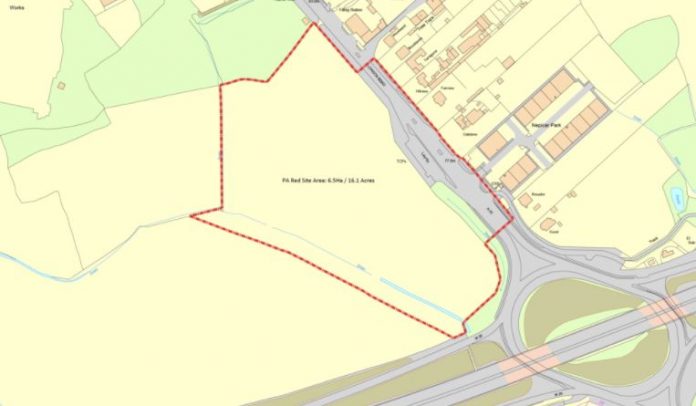 They hope to construct the lorry park at the bottom of Wrotham Hill on London Road at junction 2A of the M26. They are looking to submit a planning application for a new HGV park on green belt land adjacent to the Shell petrol station.

A public consultation is under way to determine just how annoyed locals will be. Local residents will have the opportunity to have their say on the proposals until 13th August and a feedback form can be found online, in addition to feedback forms being sent to the surrounding area by post.

Kent County Council are currently consulting on whether to extend its powers to restrict HGV’s from parking on roads and laybys, as they had been granted temporary increased powers to clamp and fine HGVs which parked illegally in order to deter freight disruptions to local residents.

A statement from Moto Hospitality said the issue needed to be “urgently addressed”.

Moto claim that the site is within the Green Belt, but outside of the Area of Outstanding Natural Beauty (AONB). They say there is a specific need for additional HGV parking in Kent, and this site is uniquely placed to address the identified need.

They list a number of special circumstances, which will be submitted alongside the application to justify the need of the development.

Moto also say that the proposed site is uniquely placed to address the identified needs with limited social, environmental and highways impacts. Visual impact of the Green Belt will also be limited due to additional planting and landscaping as well as the retention of existing hedgerows and trees where possible.

Stuart Rose, Moto’s Acquisitions Manager said, “These proposals will provide a much needed rest stop for HGV’s on what is a busy stretch of motorway and help to alleviate the issues experienced by local residents as a result of the current lack of facilities.

Local residents are asking for Moto to reconsider their options. They say the roads are already heavily congested with commuter traffic and school busses and the park will only bring more HGV’s onto the A-roads. Wrotham Hill is always at a standstill by early afternoon and the M26 can also be backed up when the M20 is busy.