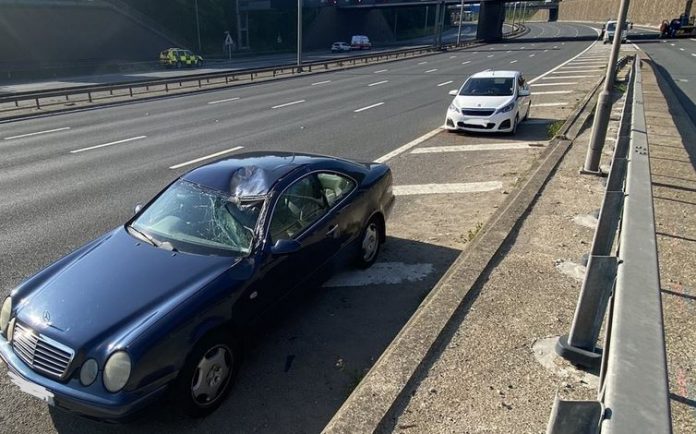 Heavy pipework falling from a bridge in Dartford managed to close the M25 for over 5 hours yesterday.

Several pieces of heavy pipework fell onto both carriages from beneath Watling Street Bridge at around 12.15pm on Sunday. Six cars were damaged and it was just fortunate that nobody was seriously injured.

The emergency services closed the M25 in both directions whilst the cars were moved and safety checks were conducted on the bridge.

The road was finally reopened in both directions at 7.15pm.

In what was the hottest day of the year so far, travellers were upset at the long delays. Many were finally told to use a slip round to get off the M25, although they could have used the same slip round many hours before.

Several people are asking for an investigation into the council, to see if lack of adequate maintenance led to the failures. Some said that if someone had been seriously injured, there could have been manslaughter charges against those paid to look after these bridges.