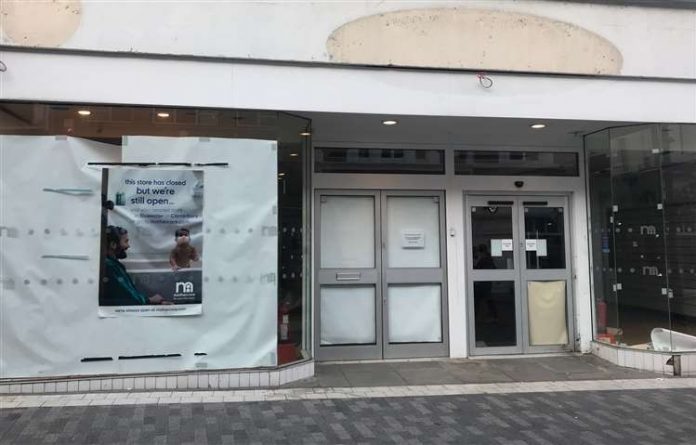 There are plans to convert an empty Mothercare shop in Week Street, Maidstone into a 132 bedroom hotel with a rooftop restaurant. The application has been submitted to Maidstone Borough Council, although the application refers to MBC as ‘London Borough of Maidstone’. When did Maidstone become a part of London or does London now extended down as far as the English Channel now?

Meanwhile, the council has asked for clarification to parking issues as the current application does not provide for any additional parking. There are also questions relating to loading and unloading at the new hotel. It is hoped the new hotel could add as many as 44 new jobs, although let’s hope the staff only travel by train otherwise there will be nowhere for them to park.

A hotel without parking – that’s a good idea!

The man behind the plans, has welcomed the opportunity of a hotel in Week Street, saying: “I think another hotel is a brilliant idea”. Funny that, we almost expected the new owners to say just how terrible the whole plan is!

“Anything that brings 132 people plus from other places to Maidstone has to be a good thing”. I wouldn’t worry about the extra 132 people arriving in Maidstone by train, it’s the other 12,500 arriving by car clogging up the M20.