NHS Chief Suggests Teachers & Police Should Get Vaccine Next 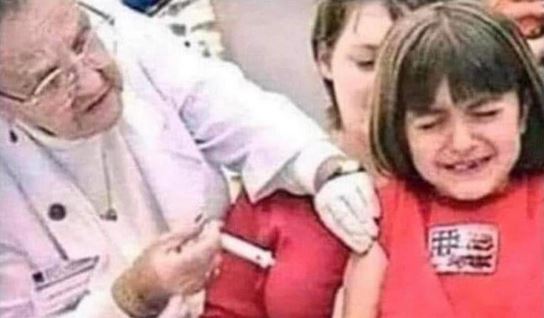 Sir Simon Stevens, chief executive of the NHS, said there is a ‘legitimate discussion’ to be had about adding teachers, police or people with learning disabilities to the priority list after 15th February.

The current plan is to give first doses to all over-70s, shielders, care home residents and NHS and care staff by mid-February.

The plan should then move on to those aged 50 to 69, plus other people at risk due to their health. Healthy teachers, police and other groups under 50 would only start getting first doses in about April.

But Sir Simon today told MPs there is a “legitimate discussion” to be had about starting on professions like teachers at the same time as those aged 50 to 69.

He told a joint Commons Committee: “The current proposition is that once we have offered a vaccination to everyone aged 70 and above, and the clinically extremely vulnerable, then the next group of people would be people in their 60s and 50s. Although there will also be a legitimate discussion in my view, that the Joint Committee on Vaccination and Immunisation will have to advise on, as to whether or not there are certain other groups who should at that point also receive priority”.

There was a resounding cheer from teachers, who think that having the vaccine will allow them to go on holiday in the Summer. Not so fast, Pedro!

It was not immediately clear if Sir Simon’s comments were backed by the government.

Boris Johnson’s official spokesman said “We have always been clear that we want to protect the most vulnerable in our society. It is these groups that make up the majority of those in hospital and who sadly die from this virus.”

It comes after a row between the EU and AstraZeneca about supplies of vaccine, which could see the EU restrict exports of the Pfizer jab to Britain. There are still many thousands of people who are still to receive their first jab, let alone the ones who are now waiting to receive their second ‘top up’ injection.

The lack of vaccines is causing problems with the roll-out, as some vaccination centres are not even opening. Sevenoaks hospital was supposed to open as a major clinic last week, but all vaccinators have had their shifts cancelled for the upcoming weeks. Staff who should have been working in Sevenoaks are now being told to apply for vaccination work at other places, such as Gravesend and Canterbury.

Asked whether the rollout of second vaccine doses from March could slow down the rollout for people lower down the priority scale, he told MPs “you’re right to make the point. Second doses have got to be delivered, we look 12 weeks on from when the first doses were delivered and we know that has to be first call on the vaccine available in those weeks.”

The Government have some quick decisions to make over the next few weeks, but if they do allow schools to reopen in March, surely this is still putting millions of households at risk of infection.