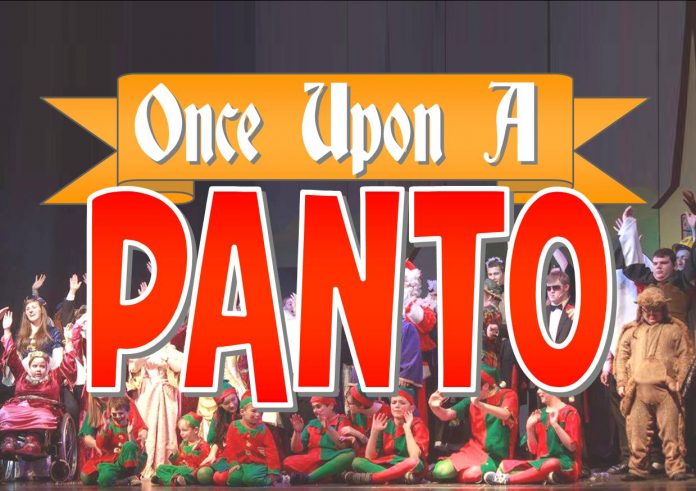 Everyone loves a pantomime at Christmas…..no we don’t…yes you do! So what shows are on in Kent this year and what celebrities might you be able to see? Just bear in mind that budgets are tight and its usually only one celebrity per theatre, but if you like to see men dressed up as women, then this is the list for you!

Dartford – Orchard Theatre: Dartford locals have Peter Pan to look forward to this year. Starring Steve McFadden from Eastenders and Andy Ford – although we are not sure who he is! Should be a great show, even if ‘Phil’ from Eastenders can be a little scary!

Sevenoaks – Stag Theatre: The people of Sevenoaks have Aladdin this Christmas. No, they are not giving shelter to a homeless boy, it’s the show about an Arabian boy and a genie. Don’t really know the celebrities although Danny Beard (X-factor singer) is back in Sevenoaks to belt out some tunes.

Maidstone – Hazlitt Theatre: Whenever we hear of the Hazlitt Theatre, we always think of meat sandwiches! Anyway, no meat sandwiches here but Disney fans will love Beauty & The Beast. This years celebrity is Jake Quickenden, from Hollyoaks and he’s done a bit of celebrity ice skating apparently. There’s a few other people in the show too, some even managed to squeeze their faces onto the poster.

Marlow Theatre – Canterbury: In a break from traditional pantomimes, Canterbury has Mother Goose this year. Their in-house celebrity is Dr. Ranj from CBeebies. Nope, we don’t know him either. But he’s probably quite funny if he’s on childrens TV.

Central Theatre – Chatham: The Central Theatre has managed to snag family favourite ‘Cinderella’ this year. We are sure that we do not need to explain this story. The special celebrity is Lucy Benjamin, who used to be in Eastenders – best tell her to avoid going anywhere near Dartford! She is also joined by Derek Moran from Channel 5’s Milkshake. Probably most famous for being called ‘Derek’.

Leas Cliff Halls – Folkestone: Someone spent all the budget grabbing ‘Snow White’ for Folkestone, so their celebrity is Thomas Redgrave from Calibro. That is the group that won Britain’s Got Talent but then kinda disppeared. Anyway, Thomas is part of that group, about a quarter to be precise!

Churchill Theatre – Bromley: Bromley have struck Pantomime gold with the signing of Christopher Biggins. Theres’s also someone called Rikki Jay as well as a soft, cute monkey! This looks like it could be a big money production, unless all the cash went on getting Mr Biggins!