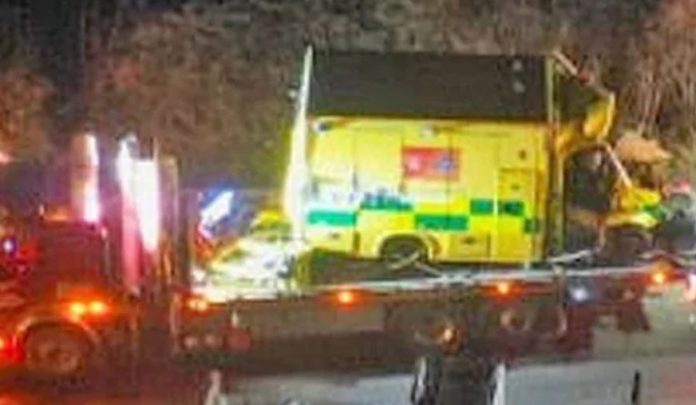 A young paramedic has been killed after a collision on the A21 on Wednesday evening (5 January 2022). The collision happened on the southbound carriageway of the A21 near Tonbridge at 8.20pm.

Alice Clark, 21, who had only joined South East Coast Ambulance Service in November, died after the ambulance she was travelling in collided with a cement lorry.

South East Coast Ambulance Service released a statement confirming that three members of staff were travelling in the ambulance at the time of the collision but were not conveying a patient.

Despite the efforts of all the emergency services on scene, Alice could not be saved. A male paramedic, who sustained serious multiple injuries, was airlifted to Kings College Hospital in London and a student paramedic, who was travelling in the rear of the vehicle, was taken to hospital with a head injury.  The lorry driver suffered minor injuries.

SECAmb Executive Director of Operations Emma Williams said “We are deeply saddened by the loss of our colleague and our heart-felt sympathies go to her family, friends and colleagues at this very difficult time.  Our thoughts are also with the other injured staff members as well as all of those who responded to the incident”.

Her parents have said “Alice was so excited to qualify as a paramedic and looked forward to every shift. She was a beautiful, kind, fun loving daughter, sister and granddaughter. She loved to travel and anyone who met her loved her”.

Kent Police are appealing for anyone with dashcam footage to come forward, as they investigate the cause of the accident.

Motorbike Policeman Has Nose Of A Dog