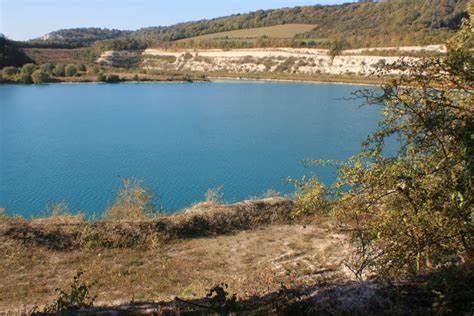 A new proposal is being designed to create a large water sports complex in Upper Halling, near Snodland. The report claims that the £13 million project intends to turn the lake into a water sports centre with luxury accomodation. The Blue Lake (or Grey Pit as some residents refer to it) is a disused Quarry. It is known as the Blue Lake as the chalk reflects the light, making the water appear a vivid blue.

Developer St Andrew’s Park Ltd wants to expand the site’s remit to include rowing, canoeing and paddle-boarding within the lake which reaches depths of more than 30 metres.

the lake is deep, steep-sided and dangerous

There is a new residential development next to the lake and the new residents are in fear of the influx of visitors to the area, along with the extra traffic that it will bring.

Only last summer, the police were called a number of times as people were causing a disturbance near the lake. There were also issues with people swimming in the lake, which has steep sides and therefore can be extremely dangerous.

Whilst every effort will be made to ensure any new water sports centre would be safe, there has to be questions as to available space at the site. Transport links in the area are already overcrowded and so can they cope with another activity centre? Will this centre be for the public or those with plenty of money to spend? The county of Kent is surrounded by water, so perhaps there are better places for this than in the hole from an old Quarry. The plans are being considered by Medway Council on 22nd January.