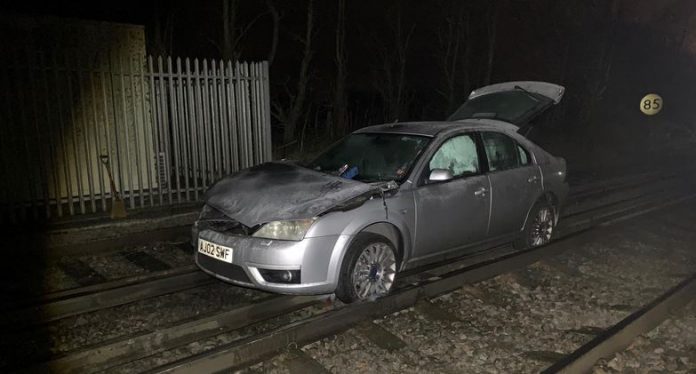 A dangerous driver is under arrest after dumping a car on train tracks.

The male, who has been linked to the vehicle was taken into police custody after the silver Ford Mondeo was found abandoned near Stone Crossing. It is thought the driver managed to drive the car along the tracks for some distance before leaving the car.

British Transport Police say the person left the vehicle without alerting anyone or raising the alarm, which could have caused a serious train accident.

The idiot has now been charged with obstruction of the railway.

It is thought that the the car was either stolen or the driver thought it would be ‘funny’ to see how far he could drive the car along the railway line before he ended up getting it stuck.