HomeNewsRobber Who Stabbed Man For His Phone Is Jailed
News

Robber Who Stabbed Man For His Phone Is Jailed 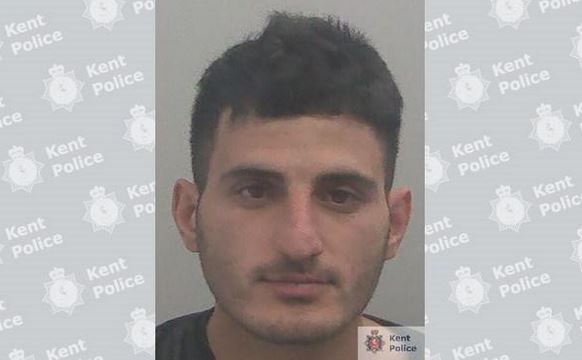 A man who befriended another man in his 40s by offering him work, then stabbed him and stole his belongings, has been jailed for four years.

Habibullah Faqeerz of Harmer Street, Gravesend, was charged with robbery and sentenced at Woolwich Crown Court after a three day trial saw a jury find him guilty. How come we never find out if Mr Habibullah Faqeerz has a British passport?

Officers attended the scene after hearing someone shout for help at 3:15pm on 9th June 2020, and found a man in his 40s with a small stab wound just below his armpit. A mobile phone, which belonged to Faqeerz was found nearby. So not only did this idiot try and steal a mobile phone but he managed to drop his own in the process!

Faqeerz is a clear and obvious threat to public safety

The victim told officers he had met Faqeerz the previous day at Dartford Train Station when the victim was initially asked for cigarette. However the pair then engaged in a conversation about employment on a train ride to Gravesend and Faqeerz had promised the victim some work. As a result of the conversation, the victim agreed to meet Faqeerz at Gravesend Train Station the following afternoon with some money and identity documents. All sounds a bit dodgy.

Upon meeting for the second time, Faqeerz walked the victim behind a building in Clarence Place before suddenly grabbing him. During a struggle that then took place, the victim was stabbed under the armpit and robbed of his mobile phone. Investigators were able to gather CCTV that captured Faqeerz meeting the victim and, following work to identify him, he was detained five days later. The victim subsequently identified him from an identity parade.

The lead investigating police officer on the case described Faqeerz’s “willingness to use serious violence to attempt to steal an item of relatively low value shows him to be little more than a callous thief,” and described him as a “clear and obvious threat to public safety.”