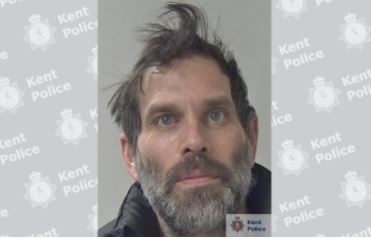 A routine vehicle stop by Kent police in Folkestone has led to the discovery of a cannabis cultivation and the jailing of a drug dealer.

Officers on patrol in Folkestone stopped a Jaguar X-Type in January 2021 and found the driver Nicholas Moulder in possession of more than £5,000 in cash. Officers from Dyfed-Powys Police later carried out a warrant at a property in Haverfordwest, Pembrokeshire and uncovered a cannabis cultivation factory.

Moulder admitted being concerned in the production and supply of cannabis and two counts of possession of criminal property, relating to £5,500 cash. He was later charged with these offenses.

The 49-year-old, of Kensington Gardens, Haverfordwest, was jailed for two and a half years at Canterbury Crown Court on Thursday 18th March 2021.

Moulder was suspected of speeding in Cheriton High Street at 4.40am on Monday 18th January 2021 and was stopped nearby by a local patrol.

Officers smelled cannabis in the car and, when it was searched, a suitcase containing £5,000 was found. Moulder also had £500 and cannabis in his possession.

He was arrested and officers from Dyfed-Powys Police later carried out a warrant at his home in Wales. They were surprised to find three tents containing hydroponic equipment, twenty-six cannabis plants and more than eight hundred grams of cannabis.

Detective Inspector Nigel Douglas, of Folkestone’s Criminal Investigation Department, said: ‘A routine car stop and the professional curiosity of the officers involved has led to the seizure of a large amount of criminal cash and the shutting down of this cannabis cultivation site’.

After having to return to work after the Easter break, this is another good news story for any law abiding citizen.