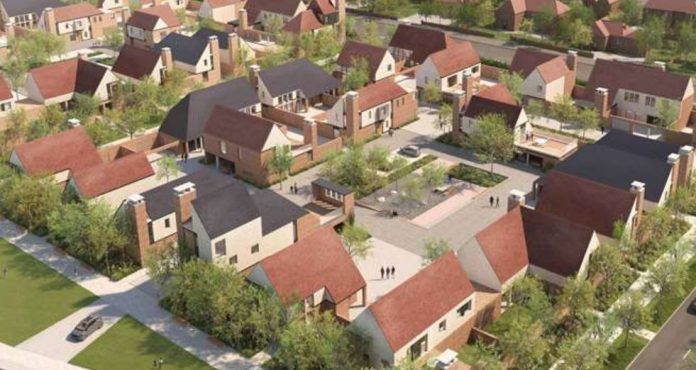 Canterbury City Council have defered a decison on the controversial Mountfield Park scheme following a meeting on Wednesday evening.

The decision has been delayed once again following a fierce debate which included opposition councillors and members of the public.

During the meeting of the local authority’s planning committee, a fresh proposal submitted by developers Corinthian Land was deferred after objections were raised regarding traffic and sewage.

The application states the water treatment plant would be built during the second phase of the project. Waste water would be transported away from the development by water tankers.

In an expert display of someone using common sense, he said “Traffic consultants paid by developers will produce the reports their paymasters want. And what about the on-site water treatment plan? Who will service it when it breaks down? Who pays for its replacement when it wears out? I wouldn’t buy a house run by some off-grid private sewage system.”

This developer must walk as it talks

Alan Atkinson, Chairman of Bridge Parish Council, raised concerns about the impact the new community could have on local schools, “The schools are already busy. There is no space for children from an additional 140 homes”.

The 4,000 house Mountfield Park scheme to the south of Canterbury was the subject of a High Court battle that ended with the city council having to withdraw its initial support for the project last October.

After Cllr Colin Spooner (Con) proposed a vote to defer on the grounds that the public speakers made a number of compelling points that required further investigation, councillors voted in support of his suggestion by six to five, with one abstention.

The city council will have to issue another decision on a detailed version of the outline plan at a later date.