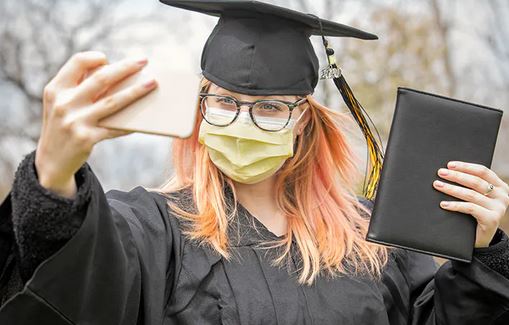 A number of students at Canterbury University have said how unhappy they are, after plans for a virtual graduation ceremony were released.

The end of year celebrations usually take place in Canterbury cathedral, but due to COVID and not being able to hold any large in-person events, this year the University plan to hold a virtual event.

The University have said the online event will be open to friends and relatives and will be free – yay! They have said a drinks event will be held at a later date, once it is safe to do so.

Many students from this year are upset by the plans and have said they would rather wait until they can attend a celebratory event in person. They say that they chose to attend Canterbury so that they could graduate in the Cathedral, not at home with their slippers on whilst sitting on the sofa with a bag of crisps.

After 3 or 4 years of hard work and large parties, the least they deserve is to graduate in person and receive their scrolls.

Meanwhile, some other students, who are a bit shy and are not so sociable, have said that they are overjoyed to miss a large social gathering and are more than happy to sit at home on their own.

As it is unknown when large gatherings will be able to resume in the UK, the University is keen to move on with its events schedule, otherwise it may end up with a large backlog of ceremonies.

It would seem that the ‘Class of 2021’ will be remembered just as much for their virtual graduation as their academic achievements!