HomeNewsInfinity Ashford Gets Permission To Go Ahead
News

Infinity Ashford Gets Permission To Go Ahead 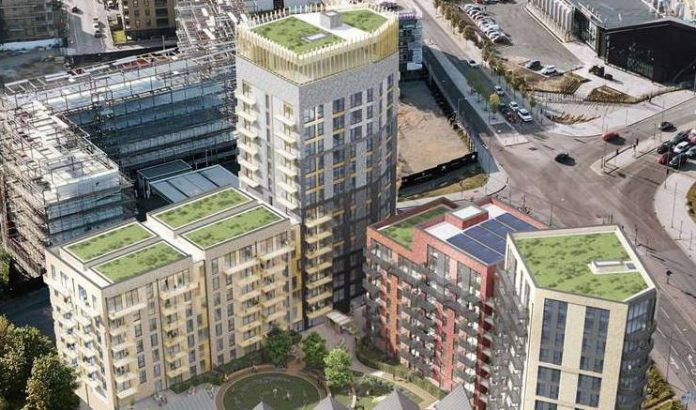 A new tower block and complex has been given the go ahead in Ashford. Infinity Ashford will be built on the corner of Beaver Road and Avenue Jacques Faucheux in Ashford, was approved last week. Developers have been working on the project for two years.

It has been announced that it will be named Infinity Ashford to highlight the town’s link with John Wallis – the Ashford-born mathematician who created the infinity symbol. Now none of us knew that! It was said that the name ‘Infinity’ had been chosen due to the number of tiny apartments they will try and squeeze into this 16 storey monstrosity, but that turned out to be untrue.

It is being developed by A Better Choice for Property Ltd, the property investment arm of Ashford Borough Council, so there was always a good chance it would get planning permission. Even the artists impression pictures do not put this in a good light, making this building appear as if it is rising from the slums.

It has been revealed that the 207 apartments and nine townhouses will take only two years to build. There will also be a few business units within the build. The site is situated alongside a number of new developments, including the Hampton by Hilton Hotel and the Curious Brewery.

The complex will offer a location opposite the railway station, with its 38 minute connection to central London via high speed services, and local facilities including the newly-expanded Ashford Designer Outlet – just perfect for those with lots of money.