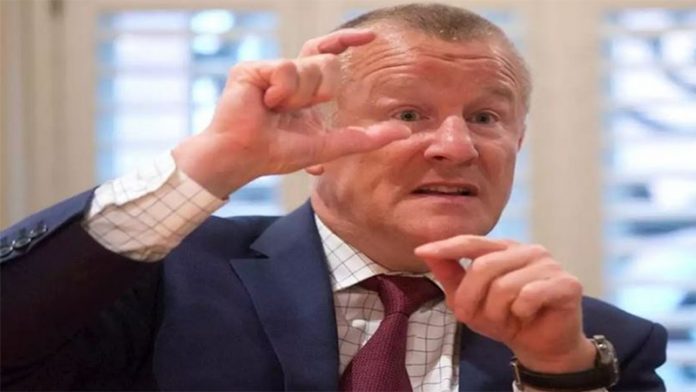 Kent County Council have lost an initial £120 million pounds after Neil Woodfords investment fund was wound up in late 2019. Link Fund Solutions, the fund administrator, contacted investors this week to declare how much they would receive from the first tranche of payments from the wind-down of the fund.

It is expected that investors will lose around half of their investment. This number remains uncertain until all the assets have been sold.

kcc have a track record of great investments

The original £263m investment is said to come from KCCs pension fund. The total value of KCC pension investments are £6.423bn, according to recent figures. Even though the loss represents a small percentage, it is a significant amount of money to lose and will have an affect on peoples pensions.

Neil Woodfords fund wwas suspended in June 2019 after word got around that investments were not performing. Neil Woodford said after “an increased level of redemptions”, investors would not be allowed to “redeem, purchase or transfer shares” in the fund. Mr Woodford said it was “just a small hiccup” as his fund valuation went from £10.2bn to £3.7bn.

Kent County Council also wanted to withdraw its £263m, but was unable to do so before trading halted. As with most things in Kent, they probably got stuck on the A2.

In a statement, the council admitted “The announcement that trading in the investment fund was suspended was not anticipated. KCC is disappointed that, as a major investor in the fund, we did not receive this prior notification”. Chances are that Neil Woodford could not get through to KCC on the telephone as is usual with calls to the council, no-one was answering.

KCC have a track record of poor investments. In 2009, they nearly lost £50m when three Icelandic banks failed. They managed to recover the majority of the money after a victory in Iceland’s Supreme Court. The court confirmed the council’s status as a preferred creditor at two of the banks, enabling them to get a full payout. There has been no mention of how much KCC had to spend in legal costs to recoup the money. Probably more than £50m at a guess!

People in Kent commented “they would have been better off to have invested the money in the Iceland supermarket rather than with these muppets. What are they doing at County Hall?!”.