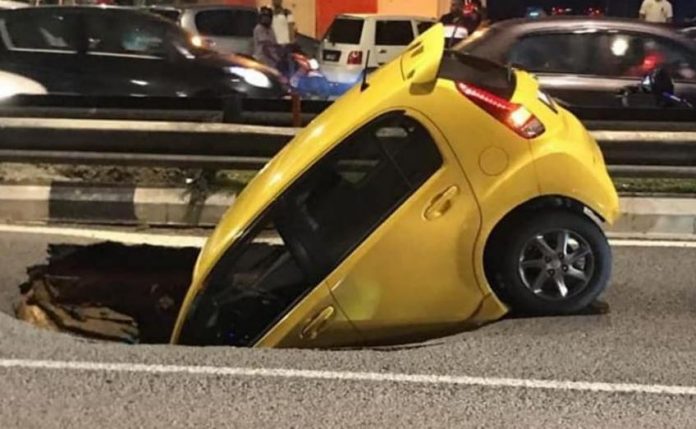 The county of Kent has become a winner again this week – after coming first in the ‘largest number of potholes’ in the UK competition.

Despite some fierce rivalry from other competing counties, Kent has triumphed by having the worst roads in the country. In the survey by GoCompare, Kent recorded 52,425 potholes between 2018 and 2020.

Kent ended up being first by a ‘proverbial’ country mile as it was 12,500 potholes ahead of second placed Staffordshire.

UK councils spend approximately £99 million a year fixing affected roads. Kent spent the second most last year at £10.5million, with expenditure noted as the most money spent per pothole. Congratulations Kent on its second award of ‘most money spent per pothole’. Could it be that when a pothole is reported, the repair team will only fix the hole they have been informed of, even if there are multiple potholes within a 1 metre radius?

Out of the all the UK’s regions, the South East took the longest to report and repair potholes with an average of 31.3 days. Fantastic! Whilst this was not the triple award that Kent was hoping for, it can still take a share of the South-Easts joint prize!

Kent County Council has voted to raise council tax this year with some of the extra funds going to pothole repairs. So you can now pay directly from your own wallet to get potholes repaired across the county!

Kent Council are now so pleased with their ‘pothole’ records that they have set up their own dedicated webpage, with the catchy ‘Pothole Blitz’ tagline. On this page you can read about how ‘successful’ they have been in repairing potholes and they are so proud that you can see the special ‘blurry man’ who is the official face of the council.

According to the KCC website, you can claim for damage caused by a pothole. But in a fantastic way to make the claimant doubt whether they should really claim, the council website states “Please think carefully before you submit a claim. We investigate all claims so even the cost of us processing your request diverts money away from important frontline services. Any compensation is paid out from public money, so we will always justify the claim.”

So before you go ahead and put in that claim, just give those frontline services another thought – you selfish person! How could you possibly put that damage on your car ahead of diverting money away from more essential things – just suck it up like other Kent folk do and use public transport!