HomeOutside KentBoris To Reveal His Escape To Victory Roadmap
Outside Kent

Boris To Reveal His Escape To Victory Roadmap 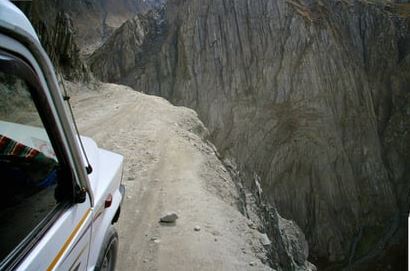 The people of the UK are waiting with excitement today, as Prime Minister Boris Johnson is set to make a momentous statement later on today. Boris is set to reveal his plan to escape from the pandemic and return the country to a more normal way of life.

It would appear that the scientists have won the latest battle, as the plan is to slowly emerge from lockdown.

As expected, schools will return from 8th March in the first phase of easing. People will also be about to meet one friend or family member in the park for a coffee or a picnic. Bad luck if you are a tea drinker!

So children will be able to mix with their classmates and teachers, but you will still not be able to see your elderly parents if they live too far away for a day trip.

Phase 2 will not kick in until 29th March when the Rule of Six will make a comeback – and be extended to allow two households to gather, enabling relatives to meet properly for the first time in months. There will also be the reopening of tennis courts and golf courses and the return of grassroots football.

But anyone hoping for a good Easter break this year will be upset as people will not be allowed to take holidays over the Easter weekend. Also, shops, hairdressers and pubs are all likely to remain closed until mid-April at the earliest, meaning that millions without a haircut will not want their photo taken over Easter anyway.

Pubs, bars and restaurants are not expected to be allowed to reopen until at least May, which means these business owners still have 2-3 months to get through with limited or no income.

By June the rule of six indoors is set to finish, meaning there will be some huge summer parties planned – which will probably happen outdoors by then anyway!

With vaccinations continuing at a pace, the PM is hopeful that we will be able to enjoy an almost ‘normal life’ by July – just in time for the holiday season. It is still unclear if travel restrictions will remain in place or if those who can afford it will be allowed to go abroad – to bring back all number of different COVID variants as holiday gifts for the rest of us.

Addressing MPs this afternoon, Mr Johnson will set out the latest data on infection rates, hospitalisations and deaths, as well as data showing the vaccines’ efficacy. He is set to advise that due to the relatively uniform spread of the virus across the country, restrictions will be eased step-by-step across the whole of England at the same time, rather than on a regional basis. Surely Kent deserves some special treatment as no other county has a COVID variant named after it?

There are already doubts that the plan will work as expected. Some are saying that if the schools return en-mass it will push the R -rate above one within weeks. The same people are expecting a 4th lockdown by May or June.

The more positive bunch are confident that the vaccine roll-out will bring herd immunity to the country. With less people for the virus to infect, the R rate will continue to drop, even if children can carry the infection.