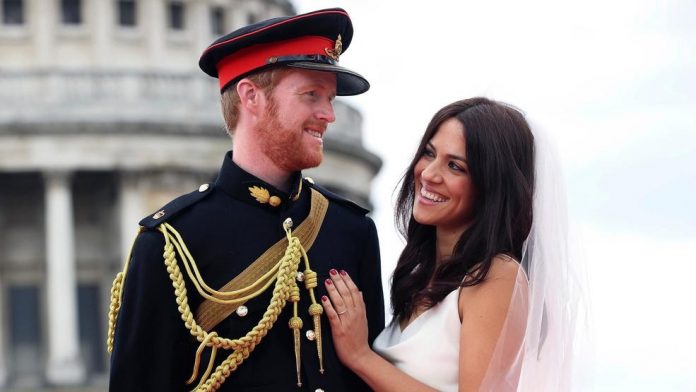 The leading story in todays newspapers is the story that Prince Harry and Meghan Sparkle will be taking a step back from Royal duties and say they’ll work to become financially independent.

This has caused quite an uproar amongst the establishment and apparently the Queen is none too impressed either. We are still trying to work out if people are more upset by the fact that there will be no more news stories to print about the pair or by the statement that they’ll now be working for a living.

The couple have announced that they will split their time between Britain and America. So reading between the lines, Harry will mainly be in Britain and Meghan will head off to Canada/Hollywood to resurrect her career as an actor. There is no mention of royal baby Archie, who will probably spend his time hovering mid-Atlantic.

In some ways it’s a relief if the two are left alone and stay out of the media. The only stories we have seen recently have been about some argument between William and Kate – as if we actually give two hoots!

Harry did his best work whilst in the Army and then following up in his charity work with the Invictus games and Paralypics. There is no reason why he cannot continue with this valuable work, but he can also help save the planet by stopping the press from printing pages of rubbish about him.

There is talk that the Queen was not happy that the couple did not consult her before making their news public. The next version of events is that she did not give her consent. How does anybody even know this?

The couple are old enough to make their own decisions about their future. Harry is now 1,654th or something inline to the throne, so the poor chap has to be allowed to fly the nest and make his own way in the world. Prince Charles was never allowed to do this (as he is next for the hot seat – I mean throne) and look what happened to him hanging around, getting under his mums feet.

No matter what Harry or Meghan decide to do, they will still feature in the media. So they may not be opening any hiospitals soon in a Royal guise, but we have a real shortage of hospitals now anyway, so that work is drying up. If the public miss them that much then we can alsoways get some look-a-likes to stand in and open a new charity shop on their behalf. Good luck to them as they head off to find new work – I bet it won’t be the sort of work that most of us will be doing!