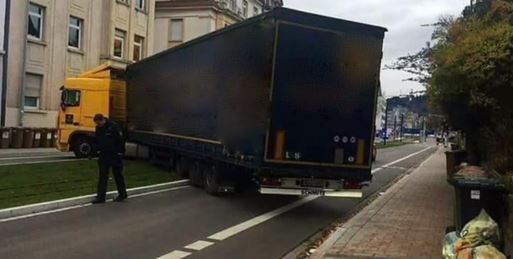 MPs are planning to vote in Parliament today on plans to force hauliers to have a permit to enter Kent on route to the Channel ports.

The plan will take a major step forward this week, as the government gears its preparations for Brexit with the deadline for the UK’s departure just weeks away.

One of the ideas to minimise delays and disruption on the county’s road network is a requirement to have the Kent Access Permit. Hauliers moving goods to the EU face fines of £300 if they do not have the permit.

Lorry drivers without a permit will be turned back to one of the holding areas being set up in the county.

The government are also planning to hire private contractors to assist Kent Police in managing the traffic in the event of queues building up on the M20 and other key roads. The government had a really good ‘experience’ of using private firms when sourcing PPE, as we have all seen from the subsequent newspaper headlines, so this is thought to be another brilliant idea!

The Department for Transport (DfT) has confirmed contracts will be offered to private companies but declined to provide any details on either the cost or potential numbers of additional workers.

It said the procurement process, which is being handled by Kent County Council on behalf of Kent Police, was not yet complete and disclosure of details could be prejudicial. Meanwhile, hundreds of teenagers are setting up private companies claiming they have over 20 years experience in the sector and should be awarded a contract!

In the meantime, Kent Police have reiterated that if extra workers were brought in, they would not be involved in any enforcement action, such as issuing fines. So what are the private companies going to be doing, directing traffic?

A statement from the DfT said: “The specifics of these arrangements are still being finalised and are subject to commercial negotiations and therefore we are unable to confirm any further details at this stage.” Nothing like leaving it until the last minute!!