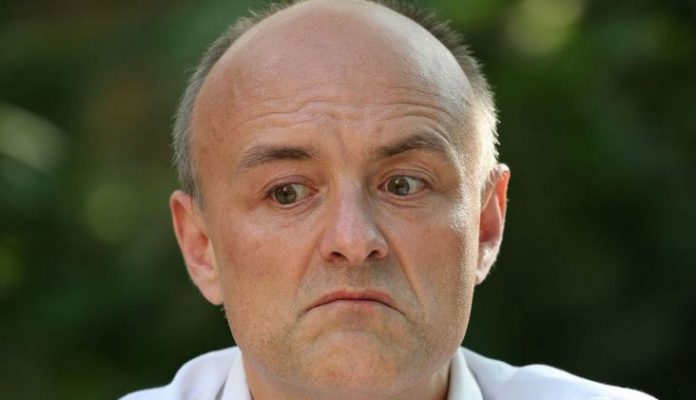 The unelected and former chief adviser to the Prime Minister Dominic Cummings has made a series of explosive claims about mistakes made by the government during the Covid pandemic.

During a very enjoyable seven-hour session of the Commons Heath, and Science and Technology committees, Mr Cummings made a number of allegations. It would appear that he is attempting to stab those same people, who had his back in 2020, when he drove to Barnard Castle during lockdown to see if his eyes worked – and it just happened to be his wife’s birthday too!

How this man has managed to get in front of a committee is mystery to most, let alone have anyone believe a word he says. Boris Johnson must rue the day he offered this man a job.

Captain Hindsight-Cummings made a series of allegations against his former boss Boris Johnson at the meeting, which included the PM dismissing Coronvirus as “the new swine flu” and pledged to be injected “live on TV with the virus so everyone realises it’s nothing to be frightened of'”. He also accuses Boris of being a “thousand times too obsessed with the media” and states Boris said he would rather see “bodies pile high” than order a third lockdown.

Describing a decline in his relationship with Mr Johnson after the summer of 2020, he said “it was clear in July that our relations were very far from where they had been”. Would that have been after your eye test somewhere near Barnard Castle, when it became a national scandal and a huge embarrassment to the government? I think many employers would have had a worse relationship with an employee after a mess like that! How Boris now wishes he had booted him out of the door at that point.

Not only has Mr Cummings tried to leave a mark on the PM, he has decided to give a quick boot to the Health Secretary Mr Hancock too. According to Mr ‘health expert’ Cummings, he says Mr Hancock “should have been fired for at least 15 to 20 things”.

These allegations include “criminal, disgraceful behaviour” as Mr Hancock held back Coronavirus tests and used the UK’s chief scientific adviser Sir Patrick Vallance and chief medical adviser Chris Whitty as a “shield”. So is this just Mr Cummings opinion or is he now a legal and criminal expert? Surely such allegations cannot be made without some hard evidence? How has Mr Cummings suddenly become a credible person to rely on?

Dominic Cummings described the health secretary as “completely incapable of doing the job” and said he “should have been fired” for lying. He criticised Mr Hancock over PPE shortages and “stupid” testing targets.

Without a crystal ball, it would seem that most people would have made some mistakes or had to make a decision based on the information to hand during the pandemic. It was a fluid situation, one that we have never been on before, so everyone was ‘guessing’ to a certain degree. It would appear that they are now using this as a tool to beat anyone who has not made 100% perfect decisions.

Committee chairman Greg Clark told Mr Cummings he should provide written evidence to back up his claims about Mr Hancock, who will be questioned by the committee in two weeks’ time. Let’s hope Mr Cummings has his eyesight back to full health, as he is going to be doing a lot of writing over the next two weeks!

G7 and COVID Weekend Round Up