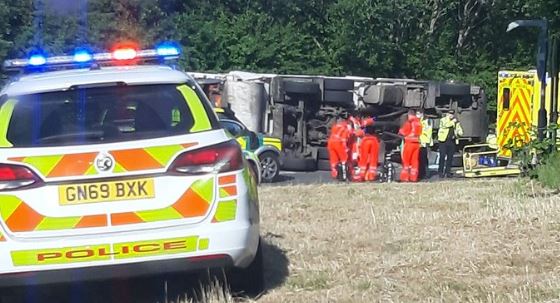 A person has been seriously injured after a dustbin lorry was involved in a crash near Lamberhurst at around 7am this morning. The person was flown to a London hospital by air ambulance after the accident.

Three other people received less serious injuries and were taken to Tunbridge Wells Hospital. The A21 near Scotney Roundabout was closed for some time.

A bystander near the scene said ‘How the blumin heck can you even roll a dustbin lorry? I hope the injured people will be okay. Someone is going to be having a rubbish day!!’