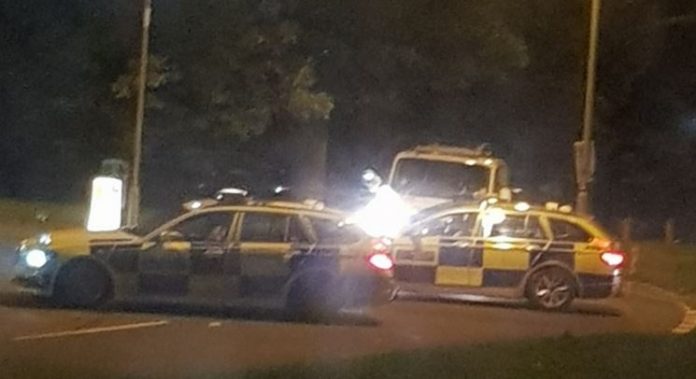 Local residents were awoken in the early hours after hearing shots fired near Orpington. The Metropolitan Police Service (MPS) have announced this morning that it was part of a significant operation targeting the possession and supply of firearms and drugs across London.

The operation, which took place at the traveller site in Star Lane, Orpington, was part of work carried out by the local Safer Neighbourhood Team (SNT). The officers launched a proactive operation which led them to identify a series of crimes believed to be carried out by suspects linked to this location.

This operation has targeted serious and organised crime head on, and will mean the surrounding communities are now safer for those living within them

Due to the serious and organised nature of the criminality believed to have been committed, specialist officers from across the Met were drafted in to support – including officers from the Met’s Specialist Firearms Command, and Territorial Support Group (TSG).

At approximately 02.45am hundreds of officers in more than 30 vehicles carried out a number of search warrants at the site. Due to intelligence suggesting the presence of firearms on the grounds, a number of distraction techniques were used to enter the site and detain the suspects. Police are said to have used stun grenades, also known as flash-bangs, during the raid.

As of 0600hrs seven people have been arrested for offences including possession with intent to supply drugs, handling stolen goods and burglary. Two individuals found at the site are being supported by the Met’s Modern Slavery Team. So far a total of 17 dogs have been seized from the site.

Superintendent Andy Brittain, from the South Area BCU, posted a short video on Facebook where he said “We’ve been listening to the concerns of the local community and I hope that today’s activity shows how seriously we take your concerns and that we do act upon them.his is a prime example of why we rely on intelligence and information so much from our communities. It helps us keep your streets safe”.

“Local residents may see an enhanced police presence over the next few days and possibly some road closures whilst we carry out or searches. We are working with the local authorities to look after the safeguarding of residents and children that may be temporarily displaced whilst we do these searches.”

Detailed searches of the 22-pitch site, on Star Lane, near Orpington, are taking place this morning. Investigators will now spend around two days searching the site, following intelligence about where guns might be hidden. There may also be some road closures in the area.

So expect a bit more noise during the middle of the night for the next few days!