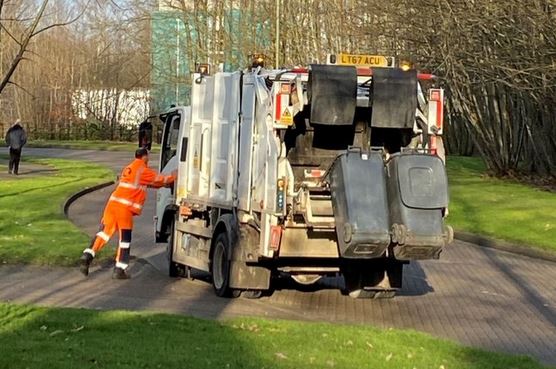 Tonbridge and Malling Borough council have now admitted that all green bin and recycling collections will now be suspended until 12th July. In an update on their website, they say “Urbaser (the waste collection contractor) say they need to suspend recycling collections for a further two weeks to catch up. The council expects full service to be resumed from Monday 12 July.”

We recently reported on the issue and that the waste contractor were 3 days behind schedule. This is because of a shortage of available HGV drivers or perhaps because the contractor cannot afford to pay the current wage to obtain HGV drivers.

The council have now informed residents about the change in events, where they will not not have their green bins collected for another 3 weeks.

The council have added even more confusion to already angry Kent folk by saying “During the period of recycling suspension, if you are due a black bin collection you may also put out your green bin & box. The waste will be combined & used to generate electricity”.

This means that they will in fact still collect all the rubbish from all bins but it will be incinerated instead of being recycled. Glass and metal cans will also end up being burned too. Not a good way to please any ‘eco supporters’ out there.

Urbaser’s managing director Javier Peiro said: “A significant upturn in waste and recycling volumes, combined with a national driver shortage exacerbated by the lack of driver training and testing during the pandemic, means that we are struggling to address the current shortfall. However, we are taking positive steps to address the issue and this brief suspension of the service will help us to consolidate our resources and resume recycling collections.”

Perhaps Urbaser should have taken ‘positive steps’ a few weeks ago to avoid this situation. If they can address the issue now then they could have done before, rather than leaving it until it became a crisis.

Many disgruntled residents have also taken to social media asking for rebates on their increasing council tax, as they are not getting a service that they have paid for.

Another person has said “Just put all waste in the black bin and let them sort it out. We didn’t ask for this c#*p system of sorting everything out to make someone else’s job easier while paying more for the privilege”.