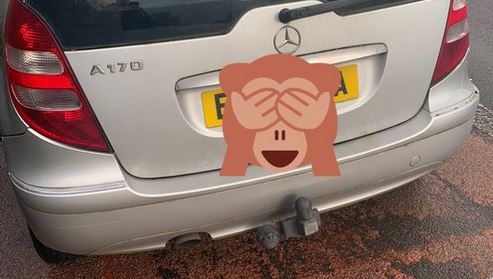 If you thnik you are having a bad day, just spare a thought for this unlucky couple from Kent, who not only managed to get both their cars seized at the same time, but then had their bad fortune plastered over social media for all to enjoy.

The lady was stopped on Wednesday by the police and had her vehicle seized due to having no tax.

When the lady’s husband arrived in another vehicle to collect her from the roadside, the police noticed that his car did not have any tax either, so he promptly had his car seized too.

Just to make matters worse, it was pouring down too, so the sad couple had a long, wet walk home or a soggy wait for a taxi or bus.

There may be some reading this story now, thinking that the couple ‘got what was coming to them’, but there are probably just as many who are thinking…’when does my tax run out, I had better go and check it?’

When the car tax was a little round piece of paper in the windscreen, it was quite easy to check. Sadly as it is all done online nowadays, it can slip the mind if someone is not on top of their paperwork and emails. Perhaps the couple were flouting the rules deliberately and causing car insurance rises for all of us.

Is it also right for the police to be posting on social media during their working day. A stopped car is one thing, but where is the line between what is acceptable and what is not?

Perhaps you like to know that the police are working hard and another motorist has been pulled off the road? But would you like to know about a mugging in the High Street or that a body has been found? Perhaps the #TwoForOne hashtag is just a step too far?

One person said “I know loads of travellers that don’t tax or insure, THEY never get nicked for some reason”.

Another person commented “Tweeting about a couple having had their cars seized comes across as smug. A simple “No road tax, car seized” would suffice”.

A person who was pleased with the police actions said “I’ve known people lose out because they’ve been hit by people driving un-taxed / un-insured vehicles so good to see two of them taken off the road”.

Let us know your thoughts in the comments below.