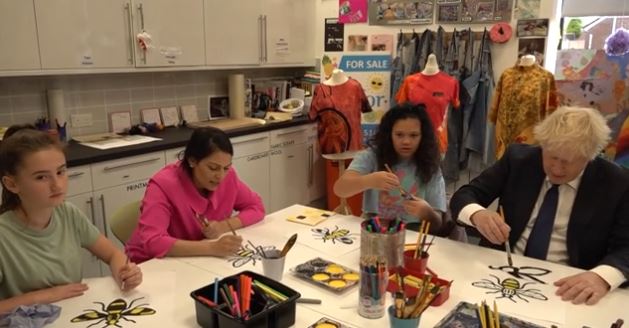 The Albanian government has denied that it is in talks with Britain to detain illegal migrants, after reports broke over the weekend.

The reports from leading UK media stated that immigrants who arrived in the UK via the Channel would be deported to processing centres based in Albania. The report also claimed that UK Home Secretary Priti Patel ‘has made it clear she wants this to happen’ and ‘we are down to the fine details’.

The Albanian Prime Minister’s Official Spokesman has now said that talks to establish a new processing centre in the Balkan nation are ‘absolutely untrue’. Official spokesman Endri Fuga said suggestions that Albania would host migrants on behalf of any third country were wrong and urged ‘richer and bigger countries’ to take in their share of migrants.

A Government spokesman followed up by saying ‘We are determined to tackle the unacceptable rise in dangerous Channel crossings. The New Plan for Immigration is the only long term solution to fix the broken system, and includes changes to the law to tackle criminal gangs and prevent further loss of life. This is a shared, international challenge and we continue to work with other countries to meet it.’

The Government spokesperson had to be used as both Prime Minister Boris Johnson and Priti Patel were busy painting with some children.

Our New Plan for Immigration, coupled with this new agreement, will speed up the removal of Albanian nationals who have committed crimes in the UK and overstayed their welcome

The remote Albanian detention centre is part of the new Nationality and Borders Bill, in the latest proposal from the Home Secretary who has vowed to make illegal immigration across the Channel ‘unviable’. In June, Ms pate was in discussions with Denmark to share an immigration centre in Africa, although these plans now appear to have been put on hold.

The news follows Ms Patel’s previous work with Albania in her attempts to crack down on immigration. In July this year, she signed a deal with Albanian minister of interior Bledar Cuci which makes it easier to remove convicted offenders, as well as making it simpler to move failed Albanian asylum seekers and those who have overstayed their visas.