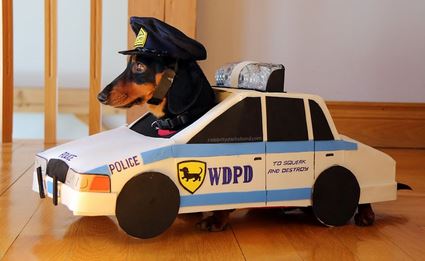 An appeal for information has been issued following the attempted theft of a dog near Canterbury last week.

Kent Police was contacted on the afternoon of Wednesday 10th March after receiving a report that a male had attempted to rob a victim of his dog in Blean Woods.

The victim reported that he was approached at around 3pm that day by a man holding a stick, who demanded he give him his dog. The victim kept hold of his pet and the male left the scene.

The suspect is described as in his late twenties to early thirties, around five feet, ten inches tall, white, with short, mousey-brown hair. He was wearing a snood.

Detective Inspector Julien Lawton, of Kent Police’s Criminal Investigation Department, said: ‘An investigation into this offence is ongoing and residents will see officers in the area. We are very keen to hear from anyone who saw this suspect in the area at the time or who has dashcam or domestic CCTV which may assist our enquiries. Anyone with information is urged to call us on 01843 222289, quoting reference 10-0884’.

Dog thefts continue to be on the increase as dogs become more valuable. Dogs are being stolen and sold on to new owners or the dogs are used to breed. The criminals are then selling the puppies at high prices.

Those wanting a new dog are advised to do their research into the background of the dog before spending money. Sadly, there are some that are so desperate for a dog that they will hand over the money without any thought. Dog owners are advised to not walk alone in secluded areas and get your dog chipped, so that if it is lost or stolen, it can be traced back to you.