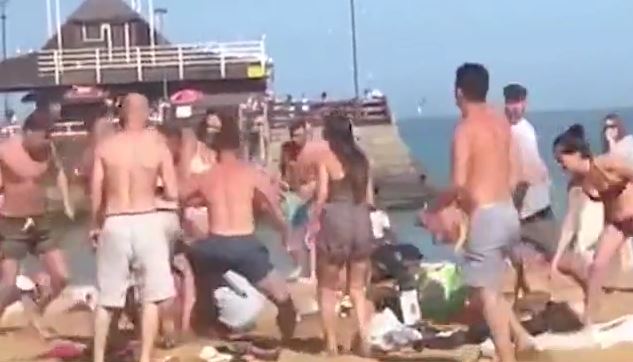 A large fight has taken place on Broadstairs beach today. The brawl which involved more than a dozen beach-goers, is thought to have happened due to a group inhaling helium gas from balloons. Many disgruntled parents complained as they were taking the gas in front of children on the beach.

Video footage of the brawl at Viking Bay (supplied by Mr Courtney Barrett @KnivesSaves) was posted on social media. Viewers of the video initially thought the fight happened due to an argument over social distancing, as many struggle to adapt to public spaces. They were shocked to see that it had nothing to do with the pandemic and was a result of drug taking.

The video can be seen below.
(Please be aware that the contents of this video may not be suitable for children)

Some comments from social media, say those involved are “Sad people with the collective IQ of a small biscuit” and “State of these idiots a bit of sun comes out and they all want be to be Rambos”.