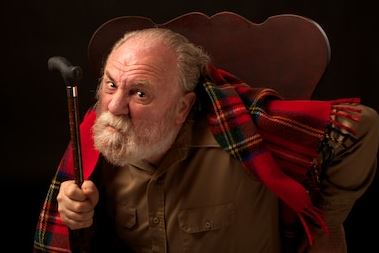 An old man has appealed for Christmas to be cancelled in 2020 to help save lives.

The man has posted on social media that ‘Christmas is not that much fun anyway’ and he hasn’t been shielding all year just to go and blow it by having the family round for Christmas lunch.

Grumpy man said “Christmas is an expensive time of year and it would be sensible to take this year off. I don’t fancy going around the shops whilst this infection is rife and I’m not going to start this online shopping malarkey at my age. Nobody actually likes Christmas dinner as the turkey is usually as dry as a sand dune in the Sahara and the kids hate sprouts.”

Another person responded to grumpy man by adding that the virus is not going to stop for five days, just because it’s Christmas time.

People from other religions have also complained at the ‘unfair treatment’ that Christmas is getting. Muslims are not happy that there was no special rules put in place for families to enjoy 5 days of Diwali in November.

Shopkeepers are also balanced on a knife edge as they are desperate to open for the Christmas shopping rush, but are fully aware that any spike in the infection rate could force the government into another lockdown in January. “We’re damned if we carry on and damned if we have to close” said one miserable shop owner.

Boris Johnson is currently contemplating whether to lock himself away again, not because he needs to isolate, but because he has realised that it is impossible to please everyone.

The news comes on the day that the government will decide what happens to Kent after the current lockdown ends on 2nd December. There have been calls for the whole of Kent to be put under a Tier 3 lockdown due to the high infection rates in Swale and Thanet.

Meanwhile, MPs are begging Boris to enforce local lockdowns so that the rest of the county can continue under Tier 2 or even Tier 1 restrictions. Some districts in the county, such as Tunbridge Wells, have reported around 137 weekly cases while one part of Sevenoaks recorded just three.

Meanwhile, 90% of people questioned in Swale, said they were still planning a big family Christmas!