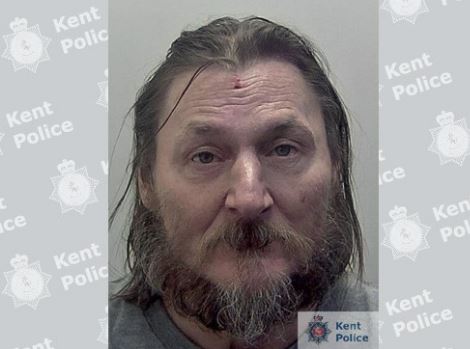 A Canterbury man who stabbed his partner to death at their home has been jailed for 16 years.

David Creed, 53, used a carving knife in the fatal attack on Catherine Granger, 50 at the time, at the maisonette they shared in Long Acre Close. He admitted manslaughter by diminished responsibility.

He was initially arrested and charged with murder but his plea of manslaughter by diminished responsibility was accepted by the prosecution on the basis of Creed’s severe alcohol dependency.

A hearing was held at Maidstone Crown Court on Monday 15th August 2022 where Creed received 16 years’ imprisonment in addition to a further four years on licence under the terms of an extended sentence.

Creed had dialled 999 at around 11.25am on Tuesday 29th December 2020 and asked for the police and ambulance service to attend his home, telling the call-handler he had repeatedly stabbed Ms Granger. He added that they had both been drinking vodka and had been arguing for the past four or five days.

Emergency services attended the address and despite receiving urgent first aid Ms Granger was pronounced dead at the scene.

A post-mortem examination carried out the following day ruled that the cause of death was multiple stab wounds to her back and one to her front.

Detective Sergeant Ash Bowles of the Kent and Essex Serious Crime Directorate said ‘This is a tragic case in which a woman has lost her life after being subjected to a brutal attack by her own partner, who will now spend a significant amount of time behind bars for the terrible crime he committed’.