Friends Reunion: Was It Worth The Wait? 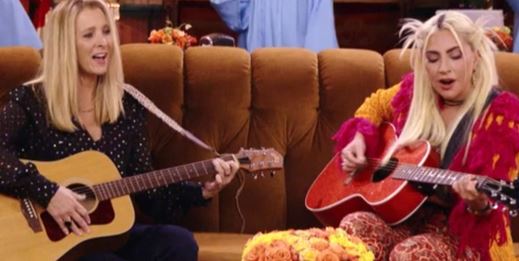 For some, the TV programme Friends was not just a show, it was a way of life. The six main characters felt like real friends to some, at least to those who had few actual friends in their lives.

Friends was huge when to was first shown on TV and has undergone a bit of a resurgence during lockdown, as the younger generation had more time to watch old shows. Friends has proven that its story lines and humour have stood the test of time, but would the Reunion show do just as well?

For anyone who has been stuck on a submarine for the last six months, the Friends Reunion show was the opportunity to get the original cast together to make a one-off special. It was more of a documentary about the series, a chance to hear from the script writers rather than a new episode of the show.

It has been about twenty years since Friends ended filming and apparently is was only the second time that the six main actors have been back together in the same room – so they have been really good friends then!

So how was the Friends Reunion show? Well, actually it was a bit of a flop. To start the show, they showed the cast arriving at the studios and looking around at the old set. This was rather interesting to see how the original set fitted together and really was a look ‘behind the scenes’. There was lots of hugging as each person arrived and they reminisced about some of the props and scenes that they did. This was a good start and we thought we were on to something special.

Then it all went a bit downhill.

Instead of just putting together individual interviews from each of the cast and intertwining clips from the show, the producers decided to have a ‘live’ interview with all the cast in front of the famous fountain. The host was James Corden who seemed to do quite well in the circumstances, but had no attachment to the original show. The interview appeared to be a good idea to begin with, but as with any interview with lots of people together, no-one could actually answer a full question. There were lots of interruptions and awkward moments and they all appeared to look a little uneasy. The highlight of this whole section was when Lisa Kudrow had a bug land on her head and then it fell into her lap, which caused some momentary panic.

We were then taken back to the main set where the six cast members did a random quiz, with questions based around the show and with men against women. Sadly, the budget did not stretch to having someone else read the questions, so poor David Schwimmer (Ross) had to read each question out and could not be on the men’s team to answer any. The questions were written on post-it notes and then slapped onto a board, so clearly there was no budget for this segment whatsoever. All we learned here was that none of the cast could really remember much about the show, especially Jennifer Anniston!

We were then taken to the famous Central Perk cafe set, where Lisa Kudrow (Phoebe) performed her ‘Smelly Cat’ song. Over and over. To make this even worse, Lady Gaga then arrived as if by chance, and also performed the song. To be fair, Lady Gaga did a much better job than Lisa Kudrow did of singing the song that Phoebe (Lisa Kudrow) was famous for. This tacky section was completed by a gospel band coming in to sing the song for one more time, as if it was a song that people actually enjoy.

So how have the cast fared during the last twenty years?

David Schwimmer (Ross) – David does not look much different from his time on the show and has looked after himself really well. He has appeared in some different shows and even popped up in a few funny adverts.

Lisa Kudrow (Phoebe) – Lisa is probably looking the best of the six and is hardly different from her time on the show. With a similar hairstyle to what she used for her character, it is hard to distinguish many changes at all. Even her real personality seems to have a tinge of ‘Phoebe’ about her, its hard to tell the difference.

Jennifer Aniston (Rachel) – Jennifer was regarded as the ‘prettiest’ girl among the Friends. Her relationship with Brad Pitt was well publicised and she went to star in many successful movies. From the six actors, she had had arguably the most successful career. Sadly, she has decided to have some changes made to her face, meaning that smiling has become a challenge. She didn’t do too well on the quiz either.

Courteney Cox (Monica) – Courtney played the sensible character of Monica on the show. She has also had a hugely successful movie and TV career. It was a surprise to see her on the Friends show as it looked like she has also hit the slippery slope of trying to fight the aging process and ending up with a ‘duck pout’. Which would be most unlike her sensible character of Monica.

Matt Perry (Chandler) – Matt played the comedy part of Chandler in the show, with quick quips keeping everyone amused. Matt has had a troubled life away from the limelight, with addictions to drink and drugs blighting his career. He was very quiet on the show and it was announced that his engagement was called off a few days afterwards, so perhaps this was not the best timing.

Matt LeBlanc (Joey) – Joey was the ‘goodlooking’ guy in the show. He went on to present in other shows including Top Gear in the UK. Lockdown does not seem to have gone well for Matt, as he appears to have added a few kilos to his waistline since his last TV appearance.

It would seem that the Friends Reunion was a bit of a ‘marmite experience’ for most. The diehard fans loved it and would have loved it even if it had been presented in a mud hut with the lights switched off. For the rest, there were moments of fun and interest, but it felt a bit flat and orchestrated.

It was always risky ground to reunite the cast from such a successful show after so many years. We still see these actors as Rachel, Joey and Phoebe and suddenly to see them together as themselves did not have the spark we were hoping for.

It has done nothing to change our view of Friends and we, along with many others, will continue to enjoy the repeats of the show. Unfortunately, we will not be watching any repeats of the Reunion show and that will be consigned to TV history.