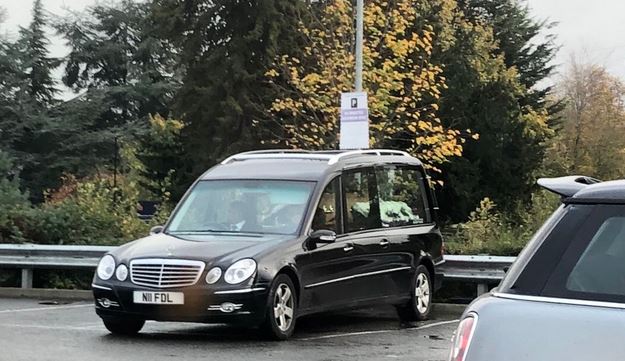 A hearse with a coffin, wreaths and flowers inside has been spotted at a McDonalds restaurant as the passenger stopped to get breakfast.

The funeral car was seen parked outside the McDonalds in Aylesford, Kent this morning. Amazed onlookers watched as the Funeral Director, in full suit, left the vehicle and walked into the restaurant. The driver remained in the vehicle with the coffin.

The person was seen returning to the hearse with a McDonald’s bag filled with tasty treats. The hearse, with registration plate N11 FDL is rumoured to be owned by an Undertakers based in Middlesex.

Eyewitnesses say they were appalled to see such disrespect.

One person even approached the hearse, but before the passenger could answer (due to having a mouthful of McMuffin), the driver sped off, going the wrong way around the car park!