Irony As Tories Incentivise Diners To Eat Out More 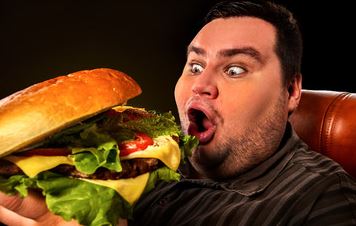 Sometimes you just have to read the news twice, to ensure that you defintely seen what you thought you did. A bit like yesterday, after Rishi Sunaks budget statement.

No sooner is lockdown over, the government is now offering ‘deals’ to encourage diners to eat out at restaurants. If you missed the big story yesterday, it is true. Diners will receive a 50 per cent discount, up to a maximum of £10 per head, on Mondays, Tuesdays and Wednesdays in the month of August, underRishi Sunak’s ‘Eat Out to Help Out’ scheme.

But beware, as the diner discount only applies to participating business and does not cover alcoholic beverages. But bargain hunting Brits have alrerady worked out that it will be better to eat at cheaper restaurants – because the 50 per cent discount goes up to a maximum of £10 per head.

It’s a nice thing, but once again the government seem to have made a bit of a blunder. Why you ask?

Well, on the very same day that the government encourages you to go out and eat more, the Deputy Chief Medical Officer tells Britains to lose weight.

Yes – this happened on the very same day. Dr Jenny Harries warned ‘the virus is still out there’ and suggested that millions of Britons could protect themselves against Covid-19 by losing weight if the disease strikes again this winter.

Dr Harries said on ITV’s This Morning: ‘Obesity is actually problematic and that’s one of the things that we could do something about.’ People who appear to get most seriously ill include the elderly and people who are obese.

Researchers at the University of Liverpool warned in May that obesity increased the risk of dying from the virus by 37 per cent.

So go out and enjoy your 50% off restaurant food, but bear in mind that you could be increasing your chances of dying – and not just from obesity either!

Whilst both stories have their merits, perhaps they could have discussed when they were going to release each news story, to avoid the issue of conflicting advice appearing on the exact same day!

It’s just another case of X not talking to Y and the timing makes this another classic gaffe for Westminster!