HomeNewsKent Heads To the Polls
News

Kent Heads To the Polls 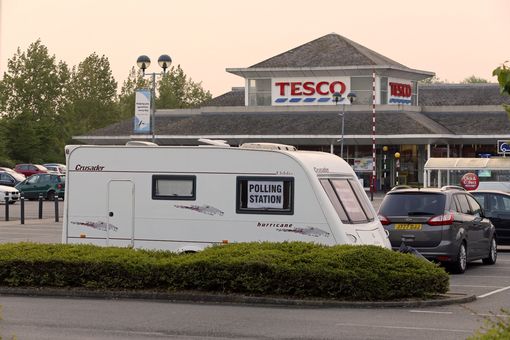 The people of Kent are heading to the polling stations again for yet another General Election. It only feels like yesterday that we were voting when Teresa May requested an election and here we are again.

With social media and online advertising becoming mainstream, there is a sense that online media can have an influence towards peoples votes. The BBC is said to be aligned towards the current government, whilst local news site KentOnline has been accused of a Labour bias. At KentNews, we don’t really care who you vote for as the problems of yesterday will still be the same problems tomorrow. Perhaps the whole voting / election idea needs a big overhaul. Do we even need MP’s anymore or could we just use online voting to decide the issues ourselves?

No matter who wins today, we are not really spoilt for choice

Whatever you decide to vote for today, there is always going to be someone who is unhappy. No matter who wins, I doubt they will be asking for a re-run of the vote, as many have done with Brexit.

The county of Kent has always been a mainly ‘blue’ county, apart from some smaller areas, especially in Medway that are ‘red’. These areas are mainly poor places, with many people on benefits and so there is a sway towards Labour there.

Whether these people deserve to be on benefits is another matter and its not our place to say here. But there is certainly an argument going on at KentOnline today between the ‘haves’ and ‘have nots’. It’s just the sort of argument you want on an election day, when there are no winners. Just follow our advice and don’t start talking ‘politics’ with anyone or it will end up in tears.

So enjoy your vote today, make it count or fold it into a paper aeroplane and toss it out of the window. It really doesn’t matter because in the end, the NHS is still going to run out of money, immigration will continue, travellers will still have more rights than the locals, crazy numbers of houses will get built to keep the construction industry going and everyone will blame Brexit when things going wrong. Kent will remain overcrowded and you will still get stuck in traffic on the way home tonight. We only have another 4-5 years to put up with what we get, before we can do it all over again!