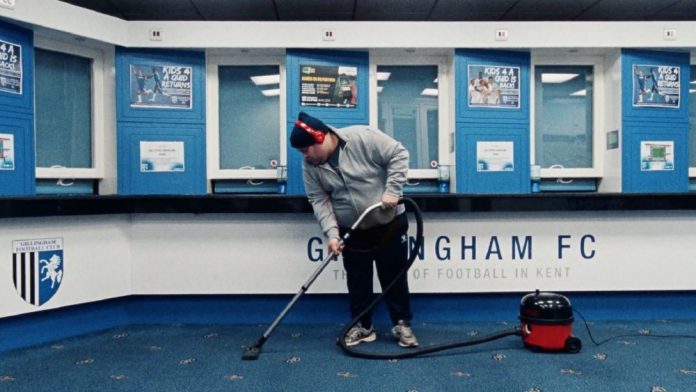 It’s proximity to London is partly to blame, especially when it comes to football, as London is swamped with football teams. There are two big teams in London Chelsea and Tottenham Hotspur, followed by smaller teams of Arsenal and West Ham. Therefore a number of supporters from Kent travel to London to support their team. There are also a number of fringe teams on the outskirts of London, which are close to Kent, such as Charlton Athletic, Crystal Palace and Millwall, all with large supporter bases.

Kent currently has only one professional football team, Gillingham FC. Also known as ‘The Goldfish’, because they have been bobbing around between Leagues 1 and 2 for many years, whilst extracting the hard-earned cash from their long-suffering fans. Maidstone used to have a professional football team called Maidstone United until it went into administration in the 90’s. The team was reborn soon after and took the opportunity to start afresh and rename itself as ‘Maidstone United’. It now plays in the lower leagues of the English football tier system.

Another reason that Kent struggles is because there is no large city in Kent. There are a number of towns, such as Rochester, Maidstone, Tunbridge Wells but none are large enough to support a big team. There is only one city in Kent, which is Canterbury and the population is lower than many towns, but Canterbury is more famous for its ‘tales’ than it is for its sports teams. Kent is a vast county and so whilst a lot of people live here, they are spread out over a large geographical area. Essex also faces similar struggles, where their two teams Colchester United and Southend, are both are finding life difficult in the lower leagues.

The only top flight professional team in Kent is the Kent Cricket team, or Kent Spitfires if you like your cricket to be completed quicker. They were named the ‘Spitfires’ as they like to ‘spit fire’ at their opponents. As cricket is based on a county system, it actually works in our favour as the Kent team is quite good. They finished 4th in the table last year and are usually a leading contender. The locality of London helps to attract top players to the area, which benefits Kent and gives Londoners another excuse for a fancy day out where they can enjoy their prawn sandwiches.

The same problems exists with other sports, such as Rugby and Basketball. There are plenty of rugby clubs around London, with more to the West where the money is. There are a lot of rugby clubs to the West of the country, such as Exeter, Gloucester and Bath, so any club in London would need to travel West or North to fixtures. Basketball is a minority sport in the UK so a team is created to focus on London to give itself the best chance to attract fans. In fact the London Lions is the only basketball team for London, which is quite incredible when London now covers hundreds of miles. It is the same for Manchester, where they have one team for the whole of Manchester, the ‘Manchester Greaseballs’ and they regularly slide down to London for games.

It is a shame that Kent struggles to attract the big names in sport, but thanks to good transport links, we do not miss out completely. As Kent gets taken over by London, it will become a mass conurbation with less defined borders. Football is such a big sport now, that it is not frowned upon any more for someone living in the south to support one of the big northern teams such as Stockport or Rochdale. Some Kent residents like to think they are above the working mans sport of football and have their own sports to pass the time, such as hunting pheasants and gin-rummy!