HomeNewsKent Tories Tries To Surprise Us With NHS Stats
News

Kent Tories Tries To Surprise Us With NHS Stats 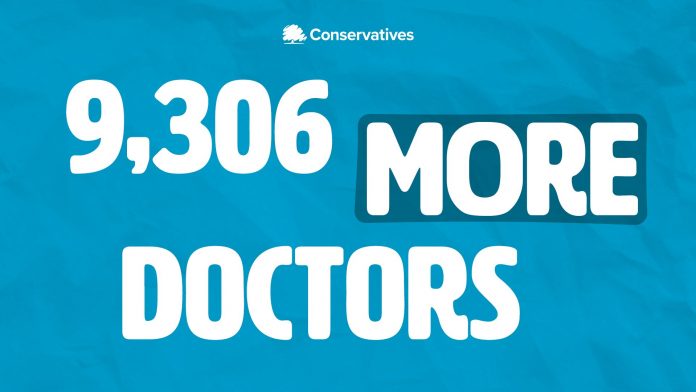 The Kent Tories attempt to ‘amaze’ Kent folk with some incredible stats seems to have backfired, as people have since vented their anger on social media. The tweet from the official Kent Tories account, which went out at 7.30pm yesterday, stating “Fantastic news today – we’ve now got RECORD NUMBERS of staff working in our NHS. That includes: 13,840 more nurses over the past year and 9,306 more doctors”.

On the face of it, those numbers appear impressive, but it did not take long for those with more than a couple of brain cells to see through the smokescreen.

The first person to respond said “More doctors than what? What record has it broken? Do the UK Ministry of Public Enlightenment & Propaganda still take people for fools?”

The numbers would be good, if people were not already aware of the long waiting lists for NHS services. Despite people clapping for NHS workers on Thursday nights, they are well aware of the difficult conditions that NHS staff have to endure.

Patients area also suffering as the NHS seems to manoeuvre with the speed and agility of an ocean going liner. People have been placed on waiting lists for over a year and some never even get seen. Most people are aware you need to book an appointment with your GP at least two weeks in advance of actually being ill.

At the start of the COVID-19 pandemic, the Government asked retired doctors and nurses to return to the NHS, to help out. Just how many of the 13,840 nurses and 9,306 doctors are those who have returned to the service? Are these all permanent staff or are some of these on temporary contracts?

This is absolutely fantastic news, just as well we’ve got 40 new hospitals to put them all in

Instead of trying to fool us with ‘impressive numbers’, perhaps the Conservatives need to start looking at the NHS and work out why it is so inefficient. Although it is fantastic that they help anyone who walks in to a hospital A&E, perhaps it is time to start charging for those from other countries?

We all pay our taxes to keep the NHS running, yet if we go abroad, we are expected to pay for medical services – or at least be covered by insurance. Surely, this is something that we should expect from visitors to the UK too? It is no wonder that the NHS is consuming so much money when they are giving it away for free.

The government cannot continue to run the NHS in its current form and the doctord and nurses deserve support and better pay. We all think they have done a fantastic job this year and should be at the top of the Government’s list of priorities.