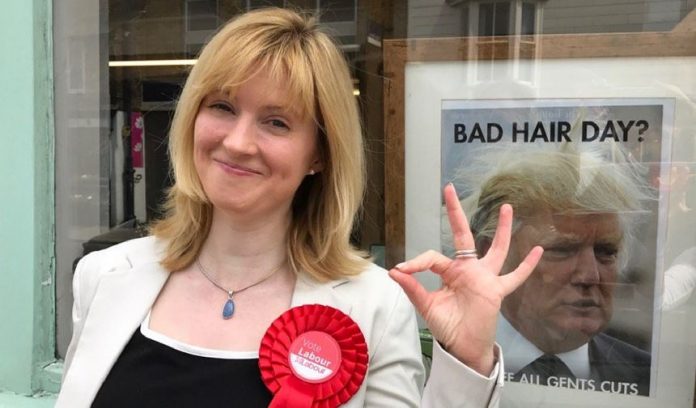 A Labour MP Rosie Duffield is the latest high profile person to be caught out breaking the lockdown rules. The MP for Canterbury, admitted breaching restrictions to meet married TV Director James Routh.

She is the latest in a long line of senior people who have been caught out during lockdown. She has since admitting breaching the rules and has apologised and has now quit as the Labour Whip in the House of Commons.

Ms Duffield met Mr Routh in April for a walk before they went back to her house together. She says she was “attempting to navigate a difficult personal situation”. The difficultly was that her lover was still living with another woman.

It will also be a difficult day for Labour leader Sir Kier Starmer, who only recently said he would have “sacked” Dominic Cummings if he has been his boss. The Labour leader was unavailable for comment last night – how convenient!

There is a mixed opinion from the residents of Canterbury. Some think that she has not broken any of the main rules to lose her job as an MP. Others feel that Labour only won due to the number of students voting in the area, so want a new vote.

Boris Johnson is feeling quite smug this morning as this new scandal is just the tonic to take the heat off the Dominic Cummings situation. Bookies are now taking bets as to the new high profile person will be caught doing something stupid during lockdown.