HomeNewsLandslides On Isle Of Sheppey
News

Landslides On Isle Of Sheppey 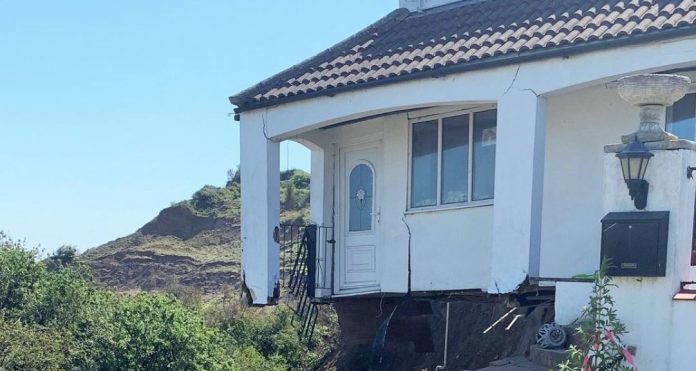 Two landslides on the Isle Of Sheppey this weekend have left a house hanging over the edge of a huge drop. The ground began giving away at Surf Crescent in Eastchurch, Isle of Sheppey yesterday morning.

There was a further landslide at 7am today, which resulted in part of a property and a car falling over the cliff.

The remaining part of the house is now hanging precariously over the edge. Luckily, the family left the property after a minor collapse on Friday so no-one has been injured.

“They are just waiting for the house to fall,” said neighbour Malcolm Newell, who has been told it is not safe to return to his home two-doors away. It is unclear how many are affected by the second cliff fall, but Mr Newell estimated eight households have been told they can not return.

Mr Newell, a parish councillor in Eastchurch, said he first warned authorities in 2015 that action was needed to prevent further erosion. “This should have been dealt with a long time ago,” he said. “It’s not right to have people’s home, their livelihoods, falling into the sea.”

In a statement, Swale Borough Council said it was opposed to the Environment Agency’s existing shoreline management plan, which includes “no active intervention to defend this area”.

However, the Environment Agency said: “The shoreline management plan, which indicates which areas justify continued protection or not, was written in full consultation with Swale Borough Council and other partners. “These are always difficult decisions, and the plan sets out no further intervention for this area, however we continue to work closely with Swale Borough Council.” So a standard case of two authorities blaming each other so no-one is actually responsible when someone finally loses their home to erosion.

Kent County Council were unavailable for comment as they are enjoying a day at the beach. A beach along the coast, where there is no chance of a house falling on top of you.