Mariah Finally Gets Her Christmas Present 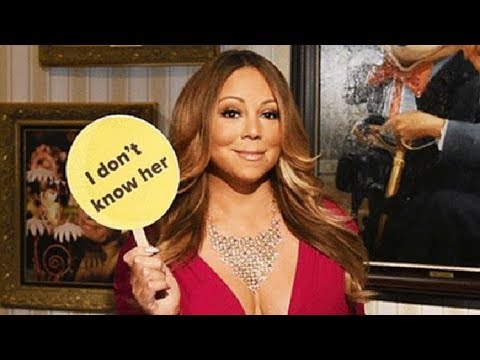 For music fans of Mariah Carey, Christmas has always been about one song ‘All I want for Christmas, is you’. The famous song has never made it to number 1 in the charts, despite everyones best efforts to play it annually till your ears bleed.

The song was first released in 1994 in the US, when Mariah looked like a completely different person. The song was originally released as an EP, so it was not eligible for the music charts – which was a bit of an oversight on her part. A video was also released at the time, which features a woman that looks nothing like Mariah Carey being held hostage in the home of a weird man, who has a fetish for dressing up as Father Christmas.

Since that year, it has become a bit of an obsession for Mariah to get the song to number one, without success. Until 2019! Thankfully, everyone has realised that she will not go away until the song gets to the top of the charts, so an extra effort has been made this year.

The change in how the charts are created has also helped her Mariah and her bunch of happy followers to achieve their goal. Not only are radio plays counted, but downloads are also added to the totals. This has allowed plenty of computers operators to download the record multiple times.

this song is just another reason to get past christmas quickly

Mariah is now as happy as her fans, because the song reached number one in the US last week. “We did it,” Carey tweeted, with a string of emojis to convey happy tears. There were plenty of other tweets which included tears too.

Mariah decided the songs 25th anniversary was the ideal time to make a push for the top and so began marketing the song back at Halloween. She also produced a new video featuring someone who looks a bit like Mariah Carey and released it as a stand-alone CD single for the first time. If only she had done that 24 years ago and we wouldn’t be here now!

She has said that the song is about no-one in particular, but is about her fans and the love of Christmas itself. Which makes no sense at all, so we guess the song is probably about herself and large mirror. Maria will be spending her Christmas in a large chalet in Europe with her family, so that no-one will be able to find her.