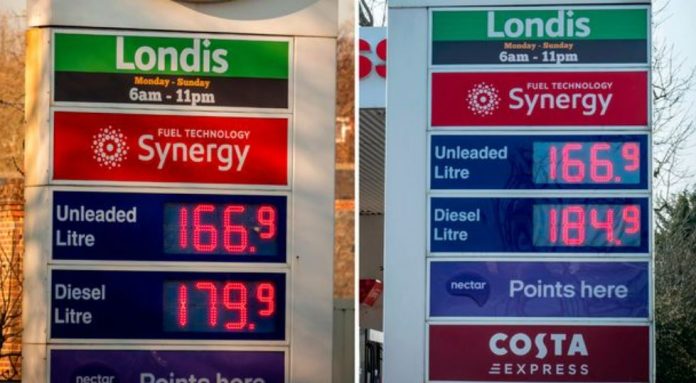 Petrol stations are being condemned by motorists across the UK today as many prices remain unchanged or have risen over the last few days.

Chancellor Rishi Sunak confirmed a 5p-a-litre cut to fuel duty as part of his Spring Statement on Wednesday, with prices scheduled to change at 6pm that evening.

Despite the reduction in tax, many drivers report paying even more for fuel than they did on Wednesday.

In real terms, drivers should be paying 6p less per litre, not 5p, because the government also charges VAT at 20% on top of fuel duty.

But forecourts in many areas today are charging drivers the same as today – and some are even charging more.

The worst offenders again seem to be the private owned ‘super companies’ such as Esso, BP, and Shell. These companies are known for buying petrol stations at prime locations, such as service stations – and then bumping up the prices.

Thankfully, the supermarket chains do appear to be passing on the savings to motorists, with Sainbury’s, ASDA and Tesco all reducing their prices.

Other petrol stations seem to be sitting somewhere in the middle, as they have reduced prices, but not by the full amount. Some would argue that with the moving cost of oil, they have had to pay more for the fuel and are passing on those costs to customers.

Taxi drivers, couriers and hauliers are all feeling the pinch of these high prices, which have to be passed on to the consumer. Staff who use their cars for work purposes are really suffering, especially some where the petrol allowance has not increased in years. Some NHS staff are basically paying to work, as they are still only paid 40 per mile, yet this is not even covering the cost of the fuel, let alone wear and tear on their vehicle.

One person said “The 5p reduction in fuel duty is less than the 5.8p that petrol prices increased by over the last week. Diesel rose by 8.0p last week. So the Chancellor has successfully reduced fuel prices to where they were last Thursday”.

Once again, our only advice is to shop around if you can. It is only by boycotting some of the more expensive stations, they will be forced to change their practices and charge a fair price for fuel.