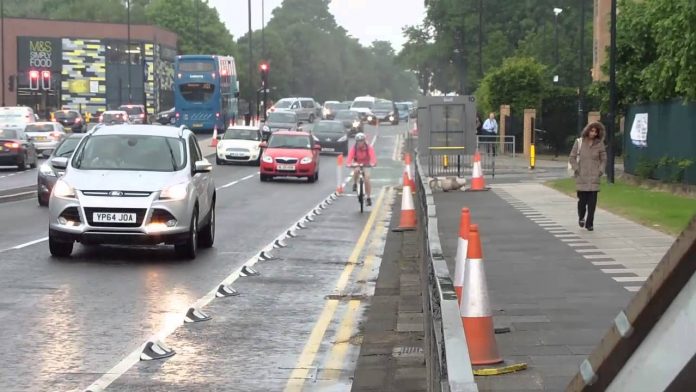 Kent County council have begun installing rubber ‘Orcas’ along some of its cycle paths throughout the county in an effort to improve safety. But people who have seen them have begun to ask if they are more of a hinderance that a help?

So what is an Orca? An Orca is a piece of rubber barrier that is fixed to the ground in order to seperate a cycle path from a road. They are installed intermittently along the edge of the cycle path as a raised obstacle to highlight definition between the two lanes. They are called Orcas as their black and white apperarance has similarities to an Orca (killer whale).

The issue seems to be that as the Orcas protrude from the ground, they can be a trip hazard, especially in the dark or to those with poor eyesight. Although they have reflective edges on them, they can still be difficult to see due to their size. A person crossing the road could easily trip on one, which could then leave them prone on the ground in the middle of the road.

Are these ‘safety measures’ really necessary?

On first glance, the Orcas do seem to be an over-reaction to today’s health and safety measures. Whilst they are trying to protect the cyclists, they are putting pedestrians at more risk. Why could they not assist cyclists with a line of cats eyes or a raised painted line to separate the lanes? These do not seem to be the best solution and we would not be surprised to see these being removed again at some point in the near future. This is a waste of tax payers money again in another crazy scheme, where this money could have been put to much more important use.