HomeTravelSmart motorways not such a smart idea
Travel

Smart motorways not such a smart idea 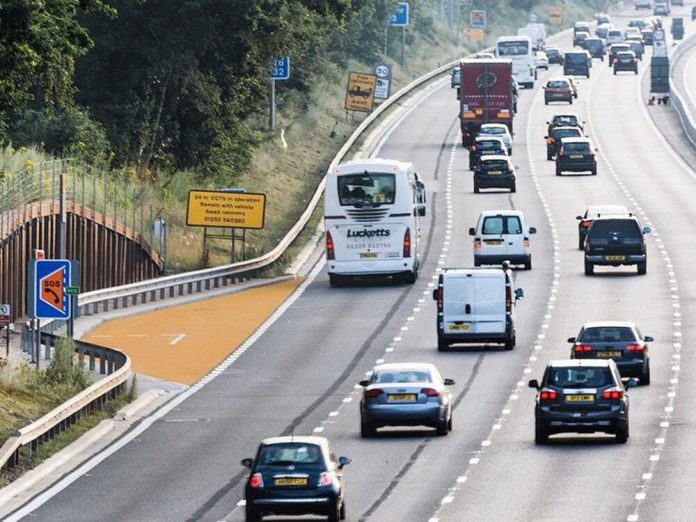 He said recommendations are expected “in a matter of weeks” to ensure all motorways are “as safe as they possibly can be”. Earlier this week, Highways England boss Jim O’Sullivan warned “dynamic” smart motorways are “too complicated” for drivers.

Mr O’Sullivan said he did not think he would build any more dynamic smart motorways because too many motorists do not understand them.

There are two types of smart motorway in the UK: The first is where the hard shoulder is opened to traffic when it is busy, and the second is where the hard shoulder is open all the time. They already account for about 400 miles of England’s roads, including sections of major motorways like the M1, M6, and M62. The M20 in Kent is currently undergoing conversion into smart motorway, in a multi-million pound project which will take three years.

They were created to ease congestion, using computers to monitor the roads and change speed limits. Critics have called for smart motorways to be scrapped over safety concerns and several deaths.

The question for the people of Kent is that do smart motorways offer a benefit? Only last week, a broken down van in the slow lane caused miles of congestion affecting thousands of motorists. On a traditional motorway, the hard shoulder is reserved for vehicle breakdowns, so you can get out of the flow of traffic if there is an issue. A smart motorway uses the hard shoulder as an extra lane, which is fine when things run smoothly, but create chaos when there is a stationary vehicle. Four lanes of traffic suddenly have to be condensed down into three lanes to get around the blockage and it means there are delays for recovery vehicles to get to the location.

A review of smart motorways is two years too late. Why has millions already been spent implementing a system that now is under review again? There was never an issue with the M20, other than coping with the considerable amount of traffic. A smart motorway may introduce an extra lane, but if that lane is compromised on a regular basis, it’s going to cause more disruption that ever.

I certainly would not want to be in a broken down vehicle on a smart motorway, so perhaps we should send the ‘geniuses’ who thought this was a good idea, down the motorway and leave them stranded in a motorway lane and see how they get on? Perhaps a reality check is needed by all these decision makers, but when you can afford an expensive car, you don’t get to experience these kind of problems.