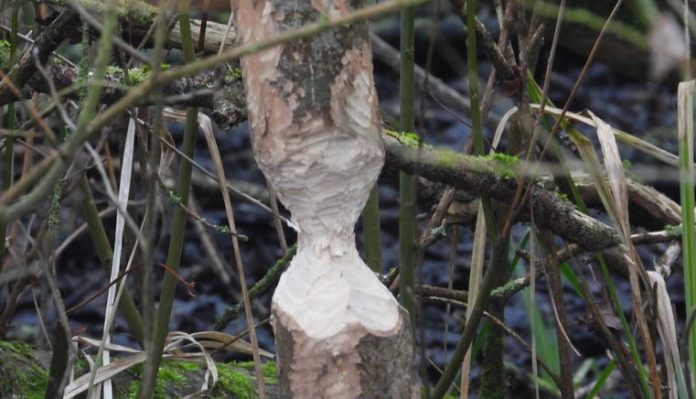 A keen eyed photographer has identified signs of beaver activity at Stodmarsh Nature Reserve in Kent. There were a number of chewed branches and trucks that a beaver spotted, that had recently been munched by a little large-toothed creature.

The branches are used by the beaver to build a dam across a stream. Or they are waiting to knock a poor passer-by on the head!

The beavers were reintroduced to the area, as well as Ham Fen near Sandwich too, a few years ago and by the looks of it, they seem to be thriving. The beavers help by creating channels which help wildlife. Beavers also help to hydrate the land, allowing other animals to flourish.

Stodmarsh National Nature Reserve (NNR) is just outside Canterbury near the A28 and just next to the Grove Ferry Picnic Site which has parking and toilet facilities. Visors are asked to keep dogs on leads.

The reserve is owned by Natural England and managed for wildlife and visitors. It covers a square mile of internationally-important reed beds, fens, ditches, wet grassland and open water, which provide an ideal habitat for breeding and wintering birds, invertebrates and rare plants. This site is especially important for bittern, marsh harriers and the shining ramshorn snail, which are rare across Europe; as well as water voles, which are rare in England.