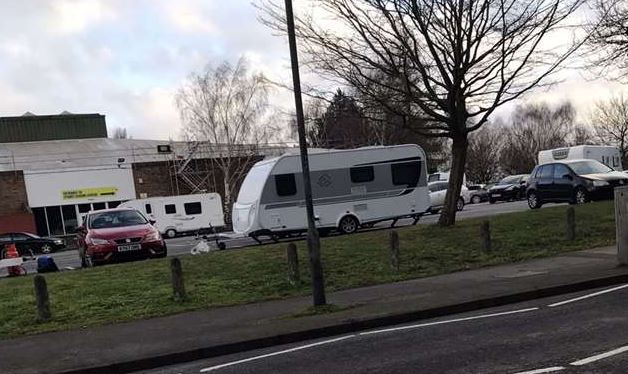 A bunch of travellers have taken over the leisure centre car park in Northfleet, as they parked a number of caravans in Old Perry Street.

The group arrived around 10.30am yesterday, with 19 vans at the location by this morning. The youth centre on the site is currently being used as a coronavirus testing centre, which is making it a very difficult place to visit for locals.

The process to remove the illegal encampment of travellers are under way.

A spokesman for Gravesham council said “We are aware of an illegal encampment at Cygnet and are taking the necessary steps to remove them from the site.”

Sadly, the process can take a number of days and at a cost to the council. By the time the travellers are moved on, damage to the environment and local area has already been done.

It is about time the government changed the laws to give landowners more powers. Any damage done to private land should be a criminal offence and those responsible should be prosecuted.

If the travellers cannot supply a fixed address or there is a danger of them disappearing back to Ireland, then caravans should be seized until payment is made.

The problem of travellers is growing year on year, especially in the UK’s coastal towns. People are now demanding a tougher stance from lawmakers.