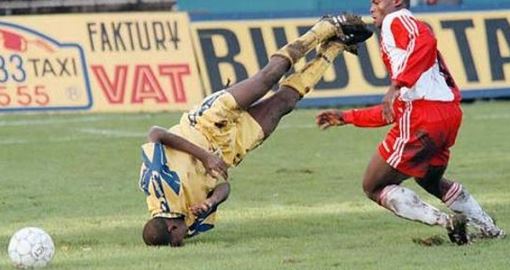 With the leading story today all about the new proposed European Super League involving six English football teams, it seemed that everyone wants to have their say – including us.

Thankfully, with professional football being so limited in Kent, it’s not a story that is going to worry many Gillingham fans, but the new league could have wider implications.

For anyone who has been asleep for 48 hours, the big news is that Arsenal, Chelsea, Liverpool, Manchester City, Manchester United and Tottenham are among 12 clubs who have agreed to join a new European Super League (ESL). The new league also involves other top European sides and they intend to play midweek as a replacement to the Champions League.

Now there are two major issues which has blown this story wide open. The first, is that this self-elected top 12, have created the competition themselves. That means that they share the high proportion of income but more importantly is that they do not need to qualify for this elite tournament. This means they are guaranteed a place – to the exclusion of all other clubs, which totally undermines the whole concept of football. Both Arsenal and Spurs are struggling in the league this year and would not even qualify for European football as they currently stand.

Second, and perhaps even more important, is where does this leave them with the Premier League and domestic competitions? The Premier League have already distanced themselves from the ESL and UEFA and FIFA have said that players involved will not be able to compete in World Cups.

Uefa, Europe’s governing body, reiterated that warning on Sunday when it said players involved would be banned from all other competitions at domestic, European or world level and could be prevented from representing their national teams. I doubt the top 6 clubs are that naive to walk into that trap.

Critics say the move is being driven purely by money, would destroy domestic leagues and is against the integrity of the sport.

Now, these top 12 clubs may be ‘greedy’ but they are not stupid. They will have the best lawyers and will have checked the T&C’s from their respective football associations. Whilst there is concern that the big 6 English teams could leave the Premier League, totally diluting the quality and integrity of the league, that is not in the big 6’s plans.

What is even more astounding is that we have had to sit and listen to club owners and managers ‘whinge’ about number of fixtures, too many games in too few days, the risk of injury to their star players. So what is their answer? To sign up for a Super League that introduces as least another guaranteed 10 games. What hypocrisy.

Are they planning to drop out of the League Cup, devaluing that domestic competition too? Are they planning on using an A and B team, so one plays in the Premier League and the other midweek? But that would mean that we would not see some of the worlds best players playing against other English teams.

Perhaps this is just a bit of posturing from these teams. The ESL movement has been ongoing from sometime and it has got to the point where they ad to get onboard or get left behind. If the ESL does not get going, it is going to to put these top 6 teams in a very strong position for negotiating new terms. The take it or leave it approach. It’s not something that we are happy with, that football fans are happy with, but as each club is a business, it’s all part of their long term plan to get richer and more powerful.

Is there a way out of this? Sadly, it does not seem that straight forward. The top 6 have now used their ‘power play’ card and it will go only one way. We do think the ESL will go ahead in one form or another, the clubs would not put themselves in this position without being sure of success. Will the ESL be a success? We think they will make money from it, the majority of fans will still watch it, even if they say they will avoid it in protest.

The Champions League is already behind a paywall, so is not broadcast to everyone. The ESL will definitely go the same way. It may be a niche competition followed by the few, but the big clubs do not care. As long as they are classed in the ‘Elite’ and continue to become bigger clubs and a more profitable business, they do not care. As soon as English clubs were sold to overseas owners, English football lost its soul, its history and tradition.

UK Prime Minister Boris Johnson has called for club ownership to be put back in the hands of fans. German teams are owned 51% by fans with investors only allowed up to 49%, to prevent issues like this to happen. It would be a perfect solution for English fans, but unless there is legislation and quickly, sadly it’s going to be almost impossible to implement this in England. Many fans want to see football from the 60’s and 70’s where more than six teams have a chance of winning, but that ship sailed a long time ago.

This is the beginning of the end for club football as we know it. Welcome to the NFL themed franchise mode, where the top 12 will become the only 12 that really matter. Other football clubs will continue, but will be classed as in a ‘B league’ with minor club status.