G7 and COVID Weekend Round Up 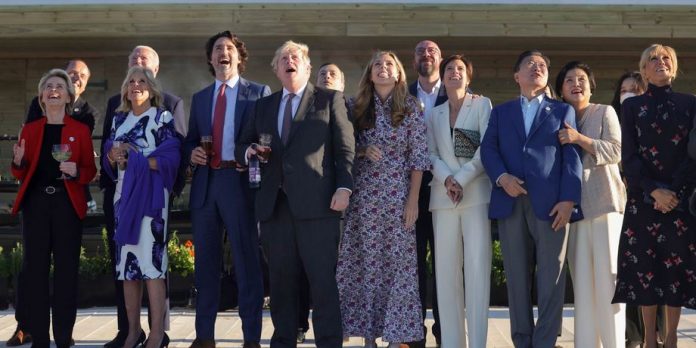 Summer has finally arrived and with a combination of the sunshine and Euro’ 2021 (which should have been Euro’2020) everyone appears to be in good spirits.

Some may have had more spirits than others, which is always a cause for concern when the England football team are playing. Despite their still being some COVID restrictions in place, these seemed to be the last thing on some peoples minds as the police took some photos of revellers enjoying Englands goal at a large outdoor screen in Dreamland, Margate.

We are being warned today that the new Variant D (that would be the Indian variant, but the PC police say we cannot refer to it like that any more!) is on the increase, with the infection rate inching above 1.0 and Sage warning of a large third wave, the current restrictions are likely to remain for another 4 weeks.

Indoor gatherings are going to be limited to only two households, with nobody quite sure what you are allowed to do outdoors. With the swarms of people at beaches and watching football matches, it would seem that anything goes outdoors, as long as you urinate behind a beach hut or other semi-permanent construction.

It hasn’t taken long for the critics to get onboard with their sniping either. Greta Thunberg was straight on her computer to make this dig at the World leaders.

She states that despite the climate crisis, the world leaders enjoyed their steak-and-lobster BBQ whilst watching the Red Arrows. We hardly think a Red Arrows display is going to have a huge effect on global warming but we get her point.

It did seem a bit ironic that a huge amount of money was spent enlarging Newquay Airport’s runway to accomodate the large planes that brought the leaders into the county. It was even more ridiculous that President Biden then took Air Force One up to Heathrow so he could enjoy some cucumber sandwiches with the Queen.

Perhaps if Greta Thunburg is that concerned about climate change, she should get off her ‘power consuming laptop’ and stop posting on social media. She could use a chalk and board to make her point instead, it should be just as effective.

On a final note to take us full circle in our weekend round up, it is incredible that just as UK Prime Minister Boris Johnson is about to announce COVID restrictions being in place for another 4 weeks, he was seen enjoying his Cornish BBQ with too many people to count.