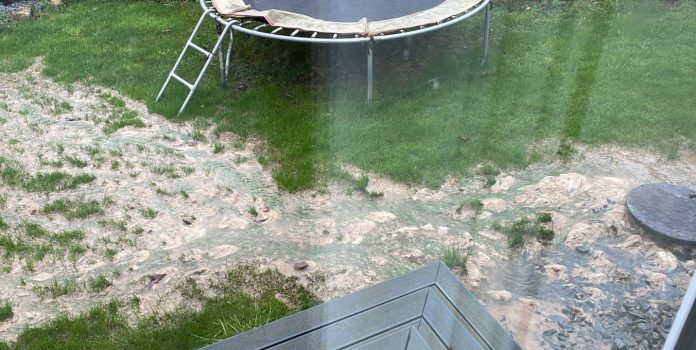 A Kent surfer is disgusted with Southern Water after suffering a river of raw sewage running through his garden.

The resident of Canterbury has endured the river of sewage for two weeks after pipework become blocked – according to Southern Water.

According to reports, Southern Water apologised and said they would rectify the issue, but that was two weeks ago.

Since then, not only has the river of sewage continued but it has now run down a nearby lane into drains and is also filling up a nearby field.

Other property in the area has also been affected, with the Cave Hotel and Golf Resort also being badly affected.

The resident is also a regional representative for Surfers Against Sewage, which makes the current leak even more upsetting and ironic!

Southern Water have a bad reputation in the area after pumping huge amounts of sewage into the sea off the Kent coast. This has prevented locals from being able to use the sea for a number of weeks. Sadly for environmentalists, the UK Government has granted polluters the right to dump risky sewage that has not been properly cleaned into rivers and the sea as Brexit and Covid disrupt normal water treatment. In recent weeks some businesses have found it more difficult to get hold of water treatment chemicals because of supply chain disruption at UK ports.

There is also the risk of pumping untreated sewage onto our land. The Environment Agency sets strict limits on the amount of ‘processed sewage’ that can be used in agriculture. Water companies cannot send the processed fertiliser out to land unless it is below the set limits.

Regulations exist throughout the UK mean that before sewage sludge is sent for use in agriculture it is tested for a series of heavy metals, including mercury, zinc and copper. Untreated sewage will not have gone through any such testing and therefore could be polluting the land for many years to come.