Where Is Dominic Cummings? Try Our Quiz 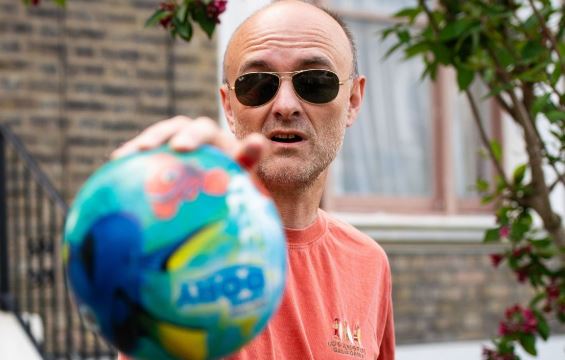 This evening Dominic Cummings must be sitting at home, drinking a beer and thinking he is the slickest guy in town. Not only has he got away with driving around the country during lockdown whilst displaying symptoms of Coronavirus, he has go the backing of the Prime Minister too. If one person should buy your lottery ticket tonight, it should be him.

The PM’s chief aide drove 260 miles from his London home to his parents’ estate in County Durham at the height of restrictions in March. Allegations made in the Observer and Sunday Mirror today said that he did not stay indoors while in Durham, and also, that he made another trip there after returning to London in April.

Mr Cummings then visited Barnard Castle in April , 30 miles from his parents’ home in Durham. He then returned to London before being seen again in Durham by an unnamed witness.

It looks like Dominic Cummings has had quite a nice time during lockdown, visiting some of the UK’s sights during his travels. But where else could be have travelled when he was not helping the Prime Minister?

We have managed to get our hands on Mr Cummings photos from his UK ‘lockdown’ tour. So can you guess some of the places he visited during his trips away from Downing Street?

Dominic did not have to travel far from work to visit this famous landmark. But do you know where he is?
-Here he is, visiting the Tower Of London, which surprisingly, is found in London.

He decided to go a bit further afield for this photograph and it looks like a beautiful sunny day. Let’s hope he does not get too close to those people behind him and pass on Coronavirus, but where is he?
-He has travelled up the motorway on this trip to visit the ‘Angel of the North’ and he did not even notice that someone has decorated it with a ‘Santa’ hat.

So where has Dominic travelled to today? Perhaps he is looking for ‘God’ to be his protector during the pandemic. Can you guess where this pic was taken?
-He has popped into the City of York today to visit York Cathedral. We hope he enjoyed his visit as the Cathedral was probably closed due to the lockdown restrictions.

Another nice photo from his UK tour, but can you recognise where he is? He has crossed a border today, breaking more lockdown rules, but that will not bother him.
-Dominic can be seen viewing the Forth Bridge in Scotland. The railway bridge was opened in 1890 and links Fife to Edinburgh.

After all that travelling up and down the country, poor Dominic must be exhausted. Luckily he has decided to have a restful day sitting on a beach. There seems to be a few other people on the beach, also breaking lockdown rules, but that won’t bother Dominic as he has the Prime Minister looking after him. But where is he?
-He has travelled down to Cornwall, to visit the famous surfing ‘Fistral Beach’ in Newquay. Whilst he is in Cornwall, he may pop along to visit his mate, Gordon Ramsay – as it is not a problem to visit friends during lockdown – well, if you’re Dominic Cummings, you can do whatever you want!

The last shot from Dominics 2020 holiday album and this could be the ‘moneyshot’ that all the tabloids are looking for. Looks like a great day out, a day that could create a lot of discussion.
-Unless you have had your head in the sand, this was the easiest one of the lot. You must have guessed it, it’s the famous ‘Barnard Castle’ in Durham. This is where Dom visited during lockdown and the very one which has caused the uproar. Bet you had never heard of Barnard Castle until now. Not ball games in the grounds though please Dom. Looks quite nice doesn’t it?!